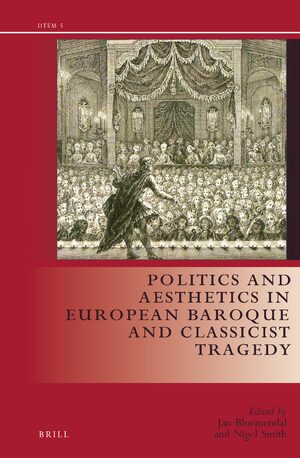 In: Politics and Aesthetics in European Baroque and Classicist Tragedy

Belief in the mental lives of nonhuman animals can have an impact on how we view and treat them, yet little is known about how and why laypeople attribute emotions to other species. The current study investigated how familiarity with animals (in terms of ownership) relates to beliefs regarding different emotions within and across species. An opportunity sample of 200 participants completed a questionnaire that measured familiarity with animals and beliefs about the capacity of a variety of species to experience a range of 16 different emotions. Participants reported varied levels of experience with animals and it was found that, regardless of familiarity, participants reported a wide variety of emotions in all the species they were asked to consider. However, participants who had never lived with an animal reported far fewer emotions than those who had, regardless of species. Keeping more than one animal did not increase the number of emotions reported. Keepers of a particular species always reported more emotions for that species than nonkeepers of that species. We conclude that familiarity with animals is an important determinant of belief about emotions in animals and animal mind in general.

Presented here are three research studies examining psychological characteristics underlying attitudes toward the use of nonhuman animals: beliefs and value systems; their comparative impact on opinions; and empathetic responses to humans and to animals. The first study demonstrated that the attitudes of laypeople are context dependent: different sets of beliefs underlie attitudes toward various types of animal use. Belief in the existence of alternatives (“perceptions of choice”) was especially important, accounting alone for 40% of the variance in attitudes. The second study compared the opinions, beliefs, value systems, and empathetic responses of scientists, animal welfarists, and laypeople. Results demonstrated that laypersons are most similar to the science community, not the animal welfare community. Scientists and laypeople differed on very few measures, whereas animal welfarists differed on most measures. The third study demonstrated a causal link between belief and attitude: manipulating “perceptions of choice” led to a significant change in support for animal use. These studies explain how individuals and groups can have dramatically different attitudes toward animal use and demonstrate how opinions can be changed.