In: The SHAFR Guide Online
Divided We Stand: Britain, the US and the Suez Crisis
Author: Lucas, Scott

In: The SHAFR Guide Online
The Legal Principles of Muhammad b.Ismāīl al-Bukhārī and their Relationship to Classical Salafi Islam
Author: Scott Lucas

This article analyzes the legal theory of al-Bukhārī as articulated in two books of his famous Sahīh and situates it within the broader framework of Sunni legal theory (usūl al-fiqh). I argue that his legal theory revolves around four themes: (1) The Qurān and the Prophet; (2) agreement and disagreement; (3) valid techniques of ijtihād; and (4) invalid techniques of ijtihād. I devote special attention to the tension between al-B ukhārī's negative attitude towards qiyās (analogical reasoning) and his acceptance of comparison (tashbīh) and indications (dalā'il). Finally, I compare some of his legal principles to those of the 5th/11th-century hadīth-scholars and jurists, al-Bayhaqī, Ibn Hazm, Ibn 'Abd al-Barr, and al-Khatīb al-Baghdādī, and argue that two types of classical Salafi Islam can be discerned in their writings on legal theory.

Where are the Legal Hadīth? A Study of the Musannaf of Ibn Abī Shayba
Author: Scott Lucas 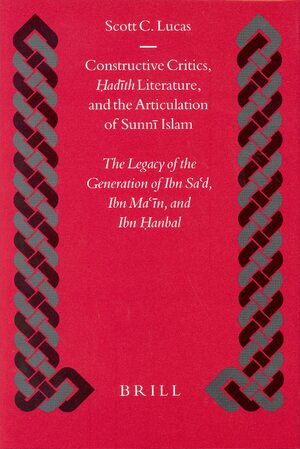 Constructive Critics, Ḥadīth Literature, and the Articulation of Sunnī Islam
The Legacy of the Generation of Ibn Sa῾d, Ibn Ma῾īn, and Ibn Ḥanbal
Series: Islamic History and Civilization, Volume: 51
Author: Scott Lucas
Demonstrating the central role of third/ninth century ḥadīth scholars in the articulation of Sunnī Islam, this book bases its findings largely upon the analysis of multiple biographical dictionaries, such as al-Dhahabī’s Tadhkirat al-ḥuffāẓ, Ibn Saʿd’s Kitāb al-ṭabaqāt al-kabīr, and collections of the critical comments of Ibn Maʿīn and Ibn Ḥanbal.
Part I establishes conceptual and historical frameworks for the study of Sunnī ḥadīth scholarship.
Part II examines in detail the three foundational principles of Sunnī Islam: 1) the collective probity of the ṣaḥāba, 2) the discipline of ḥadīth-transmitter criticism, and 3) a historical vision of the authoritative channels by which ḥadīth traversed the two centuries between the life of the Prophet Muḥammad and the first major ḥadīth books.
Hardback 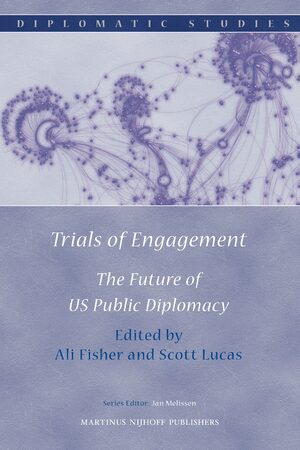 In: The Encyclopedia of Christianity Online
Challenging US Foreign Policy: America and the World in the Long Twentieth Century
Authors: Scott Lucas and Sewell, Bevan

In: The SHAFR Guide Online
The American Way: Edith Sampson, the NAACP, and African American Identity in the Cold War
Authors: Laville, Helen and Scott Lucas

In: The SHAFR Guide Online
Page:123