In: Encyclopedia of Hebrew Language and Linguistics Online
Connected Vessels: The Dead Sea Scrolls and the Literature of the Second Temple Period , written by Devorah Dimant
Author: Shani Tzoref

This study builds upon earlier attempts in scholarship to (1) identify the common element(s) among the thirty or so passages attributed to the Heavenly Tablets in Jubilees, and (2) to determine the unifying factor(s) underlying 4Q252 (4QCommentary on Genesis A). I demonstrate that the close affinity between the list of passages from the book of Genesis that are featured in 4Q252 and those represented in Jubilees’ Heavenly Tablets points to a shared exegetical tradition pertaining to Elect and accursed figures in Genesis. I further argue that the differences between these lists, and between their respective treatments of some of the accursed figures, indicate distinctive recastings of this shared tradition.

This study re-examines the use of the term Pesher, and the related root , in Qumran compositions, and their significance with respect to conceptions of determinism and periodization in the corpus. It discusses how the treatment of the book of Genesis in 4Q180, 4Q252, and the Admonitions sections of the Damascus Document reflect a worldview and hermeneutic that are generally associated with the continuous and thematic pesharim at Qumran. Pesher compositions reveal how scripture is fulfilled in current events. These related works demonstrate the fulfillment of the divine grand plan in scripture and past events. It is suggested that these texts share a “performative” aspect: in all of these compositions, the act of transmitting divinely-revealed knowledge is as much an actualization and fulfillment of eschatological expectations as the unfolding social and political history that is tied to the texts.

Qumran pesher is characterized as contemporizing exegesis of poetic/prophetic biblical texts. Previous research has focused upon pesher exegesis of works which later canonical tradition designates as "Latter Prophets" and of the book of Psalms, the dominant base-texts in pesharim. The current study surveys the use of the Pentateuch in Qumran pesher, examining instances of explicit citation, overt Pentateuchal typology, and implicit interpretive traditions. The most noteworthy attributes that emerge are the prominence of Deuteronomy and a strong reliance upon pre-existing exegetical traditions.

The Dead Sea Scrolls: Transmission of Traditions and Production of Texts. Edited by Sarianna Metso, Hindy Najman, and Eileen Schuller. (Studies on the Texts of the Desert of Judah 92)
Author: Shani Tzoref

The "Hidden" And The "Revealed": Esotericism, Election, And Culpability In Qumran And Related Literature
Author: Shani Tzoref 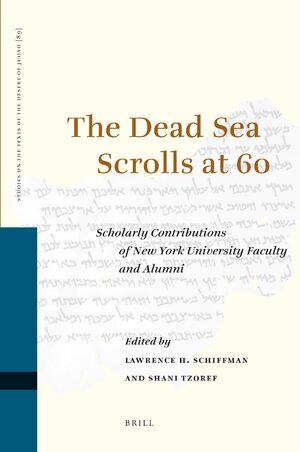 In: The Dead Sea Scrolls at 60 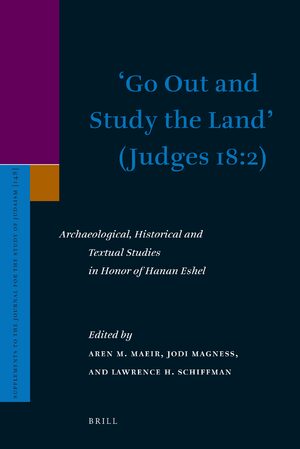