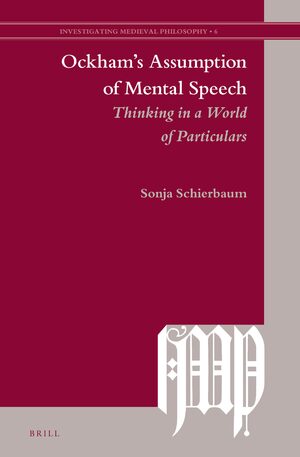 Ockham's Assumption of Mental Speech
Thinking in a World of Particulars
Series: Investigating Medieval Philosophy, Volume: 6
Author: Sonja Schierbaum
In Ockham’s Assumption of Mental Speech: Thinking in a World of Particulars, Sonja Schierbaum advances a detailed philosophical reconstruction of William Ockham’s (1287-1349) conception of mental speech. Ockham’s conception provides a rich account of cognition and semantics that binds together various philosophical issues and forms a point of departure for many later and even contemporary debates. The book analyses the role of mental speech for the semantics and the use of linguistic expressions as well as its function within Ockham’s cognitive theory and epistemology. Carefully balancing Ockham’s position against contemporary appropriations in the light of Fodor’s LOTH, it allows us to understand better Ockham’s view on human thought and its relation to language.
E-Book

Externalist readings of Ockham are currently most prominent in the literature. For instance, an externalist interpretation with respect both to mental content and the meaning of expressions is advocated by prominent scholars. In this paper, I want to argue that although this externalist picture is certainly not incorrect, it is nonetheless incomplete. As I show, Ockham distinguishes between two ways of acquiring concepts: one of them can be accounted for in wholly externalist terms while the other involves the understanding of linguistic expressions. According to the reading of Ockham I suggest here, it turns out that we can have two kinds of concepts pertaining to the same kind of things. But only one of the two is completely determined by external relations. Thus I conclude that the externalist picture of Ockham calls for some additions.

My aim in this paper is to show that William Ockham (ca. 1287-1347) succeeds in accounting for a particular kind of self-knowledge, although in doing so he restricts the direct cognitive access to mental acts and states as they occur, in a way similar to the restriction in contemporary debates on self-knowledge. In particular, a considerable number of Ockham-scholars have argued that Ockham’s theory of mental content bears a substantial likeness to contemporary ‘externalist’ approaches, and I will argue for the success of this theory in three steps: first, I show that, although the form of what is judged (‘I am F’) implies the ascription of an act to oneself (as the subject of the act), through ‘intuition’ it suffices to directly cognize the act but not the subject. In Ockham’s conception, intuition is a specific kind of singular cognition. In the second step I show that, according to Ockham’s thesis of mental language, Person is an aspect of mental verbs and not of acts of intuition. Lastly I argue that the correctness of first-person judgments about one’s acts is guaranteed by an ontological fact, and not an epistemological fact. It becomes apparent that this reading is compatible with an epistemological externalism.

Two Kinds of Assent According to Ockham
Author: Sonja Schierbaum 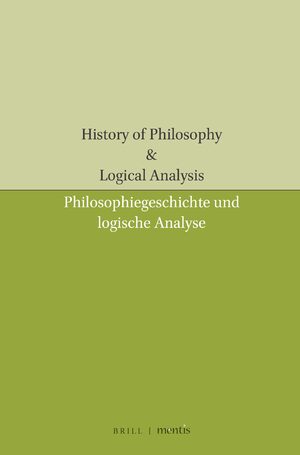