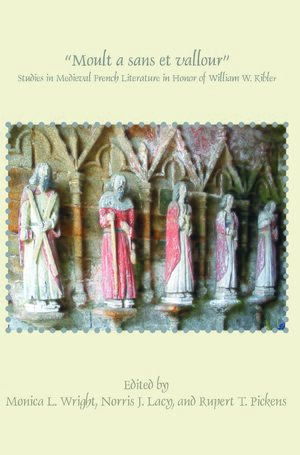 "Moult a sans et vallour"
Studies in Medieval French Literature in Honor of William W. Kibler
Series: Faux Titre Online, Volume: 378and Faux Titre, Volume: 378
Editors: Monica L. Wright, Norris J. Lacy and Rupert T. Pickens
William W. Kibler is one of the most productive and versatile medievalists of his generation. Some scholars and students think of him primarily as a specialist in the medieval epic, whereas others consider him to be an Arthurian scholar. He is of course both, but he is also much more: a consummate philologist and editor of texts and also a prolific and accomplished translator. Above all, those who know him best know him as an extraordinarily generous and modest man. The present volume represents an effort by thirty medievalists, specialists in fields as diverse as William Kibler’s interests, to indicate our respect for him, aptly described in the foreword as “scholar, teacher, friend.”
E-Book

In: "Moult a sans et vallour"

Albumin evolution in six species of Galapagos iguanid lizards of the genus Tropidurus was measured using the quantitative immunological technique of micro-complement fixation. We propose a phylogeny for these species based upon their albumin differentiation. Our data suggest several colonizations from the South American mainland are needed to account for current species diversity on the Galapagos Islands. The standard calibration for the albumin molecular clock yields divergence estimates for Galapagos Tropidurus that are similar to those previously reported for the iguanas in the Galapagos and are not in conflict with recent understanding of the geological history of these islands.