In Nicomachean Ethics V.6 Aristotle contrasts political justice (which exists between citizens) with household justice (between husband and wife), paternal justice (between father and son), and despotic justice (between master and slave) (1134b8–18). My paper expands upon Aristotle’s sometimes enigmatic remarks about political justice through an examination of his account of justice within the oikia or ‘household’. Understanding political justice requires explicating the concepts of freedom and equality, but for Aristotle, the children and wife within the household are free people even if not citizens, and there exists proportionate equality between a husband and wife. Additionally, Aristotle’s articulation and defence of political justice arises out of his examination of despotic justice in the first book of the Politics. Not only are the polis and the oikia similar insofar as they are associations, but Nicomachean Ethics VIII.9–11 suggests they are even isomorphic with respect to justice and friendship. Thus, in this paper I explore the relationships between father and son, husband and wife, master and slave, and between siblings in order to see what they tell us about Aristotle’s understanding of freedom, equality, and justice.

Polis publishes contributions written in English, French and German. Submissions are peer-reviewed, and an editorial decision is made on the basis of these reviews. The views and opinions expressed in peer-reviewed articles published in Polis are those of the authors and do not reflect the position of the journal.
Online 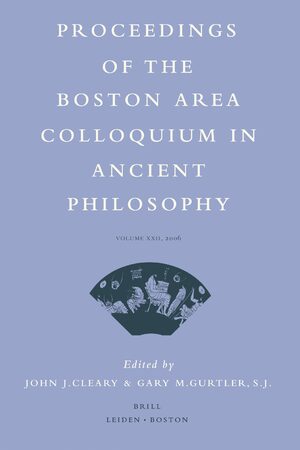 Aristotle on the (Alleged) Inferiority of History to Poetry
Author: Thornton C. Lockwood

Aristotle’s claim that poetry is “a more philosophic and better thing” than history (Poet. 9.1451b5–6) and his description of the “poetic universal” have been the source of much scholarly discussion. Although many scholars have mined Poetics 9 as a source of Aristotle’s views toward history, in my contribution I caution against doing so. Critics of Aristotle’s remarks have often failed to appreciate the expository principle that governs Poetics 6–12, which begins with a definition of tragedy and then elucidates the terms of that definition by means of a series of juxtapositions. The juxtaposition between poetry and history is one such instance that seeks to elucidate what sort of plot exemplifies a causal unity such that the events of a play unfold with likelihood or necessity. Within that context, Aristotle compares history and poetry in order to elucidate the object of poetic mimesis rather than to criticize history as a discipline. Viewing Aristotle as antagonistic toward history fails to appreciate the expository structure of the Poetics and obscures the resource that history provides to the poet, a point that I explore by considering what Aristotle would have thought of an “historical” tragedy like Aeschylus’s Persians. 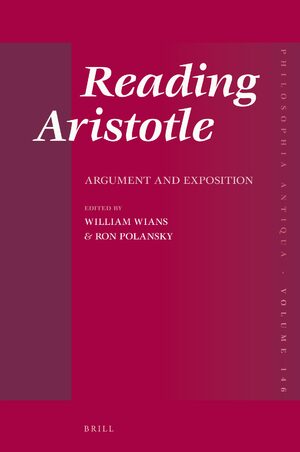