Clear All Modify Search
Download Citations
The Haunt/Demons and the Complex of Noon
Author: Tolulope Onabolu

Above the Gate of Intrepid is painted the inscription ‘He who follows this path alone and without looking behind him, will be purified by Fire and Air; and if he strives to conquer the dread of Death he will emerge from the underworld, and will behold the Light once more, and will be worthy to be admitted into the company of wise men and men of valour.’1

This is the moment when the sun, at its zenith divides the day into equal parts, each governed by the opposing signs of rise and decline. This, then, is the moment when the forces of life and light yield to the powers of death and darkness. In ancient Greece, noon was in fact the hour of transition marking the boundary between the reign of the Uranian and of the infernal gods.2

To make a ‘nonsensical’ reading of dying, or of death, is problematic - for a subject which is taken so seriously - the tone set up in the call for papers implies such (discussions on euthanasia, abortion, suicide, homicide, genocide, infanticide, etc.) However, (as part of a creative practice) is not this ‘nonsensical’ reading precisely what is required for a theme which is caught up in the form of its description (making sense of) - precisely what is the sense (or nonsense) of dying and death? Between the sovereignty of initiation, sacrifice and the rites of passage, and the death of the soul implied in ennui (specifically psychasthenia and acedia with reference to Caillois),3 this paper will attempt (by expanding on Lequeu’s Gothic House, also known as ‘The Haunt of Magicians,’ and Caillois’ ‘The Noon Complex’4) to make sense of dying and death. As implied in The Haunt,5 we will argue that the transformation in dying/death is indeed ‘an awakening.’6 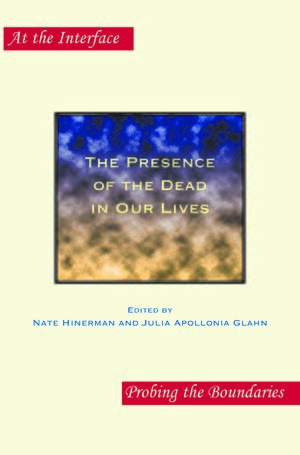 In: The Presence of the Dead in Our Lives