In the second half of the eighteenth century, the greatest enemy of the Roman Curia was no longer French Gallicanism but German Febronianism, since it challenged papal primacy. It gained its name from the pseudonymous author of the book, De statu Ecclesiae (1763). The author, auxiliary Bishop Johann Nikolaus von Hontheim, was immediately censored and later forced to sign a retraction. This essay will provide the first English synthesis and overview of the publishing history of this important work and its ecclesiology, as well as show how the Curia dealt with this dissident theologian. 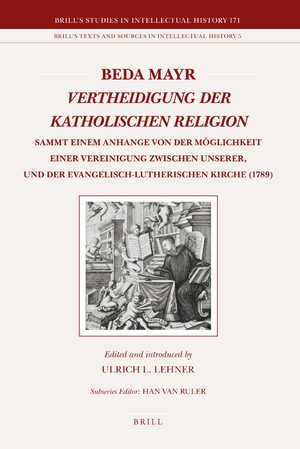 Beda Mayr, Vertheidigung der katholischen Religion (1789)
Sammt einem Anhange von der Möglichkeit einer Vereinigung zwischen unserer, und der evangelisch-lutherischen Kirche
Series: Brill's Studies in Intellectual History, Volume: 171/5and Brill's Texts and Sources in Intellectual History, Volume: 171/5
Author: Ulrich Lehner
The monastic erudition of the old religious orders was a pillar of the Catholic Enlightenment within the Holy Roman Empire and many other European countries. Despite the enormous importance the monks had as champions of programmatic Enlightenment ideas, few of their original texts are available in modern editions. The present edition contributes to filling this lacuna by making available the main work of the Benedictine monk, Beda Mayr (1742–1794), who developed a modern and ecumenical Catholic theology. 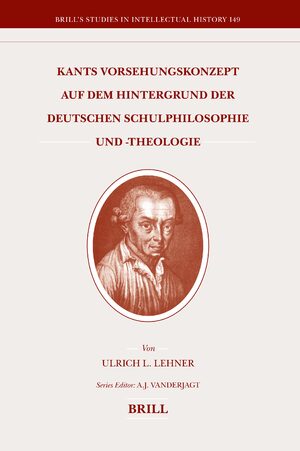 Kants Vorsehungskonzept auf dem Hintergrund der deutschen Schulphilosophie und -theologie
Series: Brill's Studies in Intellectual History, Volume: 149
Author: Ulrich Lehner
It is widely agreed that Protestant scholasticism influenced Kant’s thinking on the question of Divine Providence. But the nature and extent of that influence have never been explored in detail. This is the scholarly lacuna the present volume seeks to fill. It shows how Kant, from his pre-Critical period onward, grappled with the concept of Divine Providence, sought to subjectivize and naturalize it, and how Protestant scholasticism played an important role, both positive and negative, in this endeavor. It also makes clear how this critical philosophical conversation gave rise to a powerful notion of the progress of the human species – a vital part of the Enlightenment’s enduring legacy. This study thus provides not only a unique theological-philosophical overview of 18th-century speculation on the question of Divine Providence; it also sheds important new light on the significance of the German Enlightenment.
E-Book 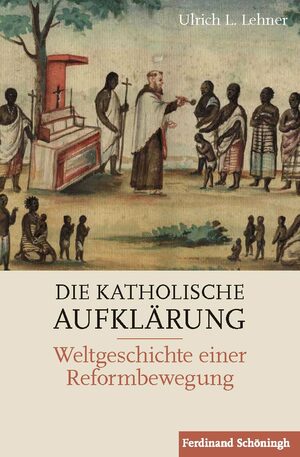