This paper unfolds parts of the dynamic, yet mostly hidden, history of MS Sinai Arabic 151 based on its paleographical, codicological, paratextual, and textual features. Combining these aspects opens new horizons of research in the Arabic Bible manuscripts that had previously received attention limited solely to the text. MS Sinai, Ar. 151 is an intact manuscript containing the Pauline Epistles, Acts of the Apostles, and the Catholic Epistles. Its fame derives mainly from its colophon, which dates it to 867 CE, and bestows it with the distinction of belonging to the earliest Arabic Bibles. In observing the various stages through which the manuscript evolved from two separate units of production into the codex preserved today, several aspects of the life of MS Sinai, Ar. 151, such as the copies made from it, its damage and restoration, and the functions it served, become clearer. Furthermore, for different reasons, scholars have cast shadows on its colophon’s authenticity. Our investigation clarifies that there is no reason to suspect the authenticity of the colophon. 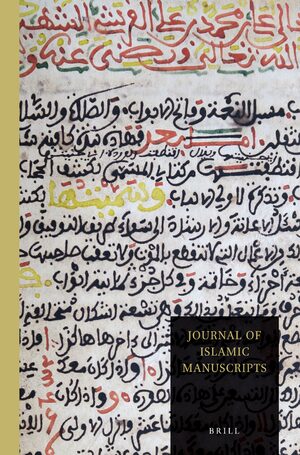