Charity in the audience of John the Baptist
Author: Xander van Eck

After the Reformation of 1572 Catholic life only began to flourish again in Gouda on the advent of the priest Petrus Purmerent (1587-1663) , who was sent there in 1614 by the apostolic vicar Philippus Rovenius (Notes 1, 2) . He founded a parish dedicated to St. John the Baptist, as the old church had been, which grew so rapidly (from around 500 in 1612 to around 6,000 in 1657, Notes 5-7) that he moved to larger premises on the Gouwe in 1630. The regard in which he and his twin brother Suibertus, who was equally active in Delft, were held is apparent from their portraits painted in 1631 by Willem van der Vliet (Notes 9, 10) and around 1645 by Ludolph de Jongh (Fig. 1, Note 11) and Hendrik van Vliet (Note 12). Engravings were made after the second two portraits by Reynier van Persijn (Note 13) . Despite a certain amount of interference from the twon council, Petrus Purmerent succeeded in decorating his hidden church in fine style. In the report of his visitation of 1643 made by Sebastiaan Francken, commissioner of the Court of Holland (Note 15), it is described as a very big place' with pews, chairs and altars, a large amount of silver, 'very beautiful paintings' and a fine organ. The church, which was on the Old Catholic side in the jansenist schism of 1723, has remained in the same place and was rebuilt in 1863. It is not possible now to reconstruct the situation of 1643 exactly, but a large number of the works of art and

In 1623 the Lutherans formed a community in Gouda. They appointed a minister, Clemens Bijleveld from Essen, and held their services in private houses at first. In 1640 'Dc Drie Tafelkaarsen', a house on the Lage Gouwe, was converted into a permanent church for them. Thanks to the Groot Protocol, in which the minutes of the church administration were recorded from this donation until the end of the eighteenth century, it is possible to reconstruct the history of the community. The manuscript also documents important gifts of works of art and church furnishings. In 1642 and 1643 seven large paintings were donated. As we know, Luther did not object to depictions which served to illustrate the Word of God as preached in the sermon. The Dutch Lutheran churches, although more austerely furnished than, say, their German or Norwegian counterparts, were certainly more richly decorated than they are today. The Lutheran church in Leiden houses the most intact ensemble of works of art. Of the seven aforementioned paintings in Gouda, one was donat ed by the preacher himself. It is by the Gouda painter Jan Duif, who depicted Bijleveld as a shepherd (fin. I). The iconography and the biblical captions show that he was presenting himself as a follower of Christ in his quality of a teacher. Two figures in the background, likewise gowned, might be Bijleveld's successors: his nephew (minister from 1655 to 1693) and his nephew's son, both of whom were called Clemens Bijleveld. They were probably added to the panel after the latter's premature death in 1694. The other six paintings were donated bv members of the community and churchwardens. In some of them the donors can be identified with characters in the illustrated episodes from the bible. From the spinsters of the parish came a work depicting the parable of the wise and foolish virgins; the churchwardens, evidently seeing themselves in the guise of the apostles, gave a pedilavium. The widow Hester Claes van Hamborg donated a painting of Simon in the Temple (in which the widow Anna figures prominently), and Catharina Gerdss Rijneveld, probably also widowed, gave Elijah and the widow of Zarephath. The unmarried men of the community presented a painting with a more general subject, the Last Judgment, perhaps intended to be hung above the pulpit. The wealthy Maria Tams gave a work described as 'cen taeffereel of bort van de christ. kercke' la scene or panel of the Christian church]. Exactly what it depicted is unclear. The same Maria Tams was a generous donor of church furniture. She presented a brass chandelier, two brass lecterns (fig. 4), a bible with silver fittings and a clock to remind the preacher of the limited time allotted to his sermon. Important gifts of ecclesiastical silver were made from 1655 on. The most striking items are an octagonal font of 1657 (fig. 5) and a Communion cup of 1661 (fig. 6), both paid for by the proceeds of a collection held among the unmarried men and women of the parish. The decorations on the font include a depiction of Christ as the Good Shepherd. There is also shepherd on the lid of the Communion cup. This element (in view, too, of the indication of the shepherd 'als 't wapen van de kerk' [the church arms] in the Groot Protocol) came to occupy a special place in the imagery of the Lutheran community. More space was required for the growing congregation, In 1680 there was an opportunity to purchase from the municipal council St. Joostenkapel, a mediaeval chapel used as a storeroom at the time. The building, situated on the river Gouwe which flows through the old town centre, was ready for the inaugural service in 1682. It was given ten staincd-glass windows, the work of the Gouda glass painter Willem Tomberg. The glass (along with six of the seven paintings) was sold during the course of renovations in 1838, but thanks to the later secretary of the community, D.J. van Vreumingen, who madc drawings of them and copied the inscriptions, we have an approximate idea of how they looked. Their original positions can also be reconstructed (fig. 13). The windows were largely executed in grisaille, except for the second and eighth, which were more colourful. The seven side-windows with scenes from the life of Christ and the Passion (figs. 8-11) were presented by the minister, his wife and other leading members of the community. The inscriptions on these windows referred to the bible passages they illustrated and to the names of the donors. The three windows at the front were donated by the Gouda municipal council (window 10, fig. 12) and the sympathetic Lutheran communities of Leiden and Essen (windows 8 and 9, figs. 11 and 12). The depiction on the window from Leiden was a popular Lutheran theme: John's vision on Patmos. The candle-stick featuring in this vision was a symbol (as in a print of 1637, for instance) for the Augsburg Confession, on which the Lutheran church was founded. In the eighteenth century occasional additions were made to the inventory, but the nineteenth century was a period of growing austerity. However, the Groot Protocol and Van Vreumingen's notes facilitate the reconstruction of the seventeenth-century interior to a large extent. The iconography of the works of art collected in the course of the years underlined the community's endeavour, in following the teachings of its earthly shepherd, to live according to the Holy Word. 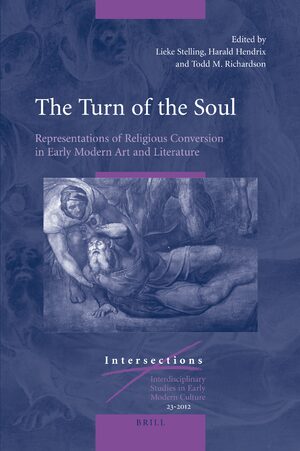