Clear All Modify Search
Download Citations
Chinese Philosophy in the New Era from the Perspective of the Theme of the 24th World Congress of Philosophy
Author: Jiang Yi 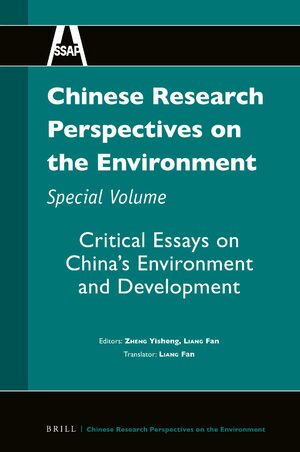 In: Chinese Research Perspectives on the Environment, Special Volume

The bdelloid rotifer is an important component of freshwater zooplankton, exhibiting the features of parthenogenesis and anhydrobiotic capability. Heat shock proteins (Hsps), acting as molecular chaperones, are a highly conserved, ubiquitously expressed family of stress response proteins. In this study, the thermal optimums for heat-shock response and the levels of Hsp70 in Rotaria rotatoria (bdelloid rotifer) under different stress conditions were evaluated using survival assays and western blotting with fluorescent detection. The results showed that: (1) The survivorship in R. rotatoria were 100% throughout the temperature range of 12°C to 40°C, and the population growth rate reached its culmination at 28°C, suggesting the retardation of growth and reproduction at the other temperatures; (2) While stressed under 40°C, the levels of Hsp70 in R. rotatoria increased significantly over time, correlating with the duration of the stress; (3) As responses to different temperatures, the synthesis of Hsp70 could be induced significantly in R. rotatoria under both of high (40°C) and low (16°C) temperatures; (4) After removal of the thermal stress and recovery at 28°C, the levels of Hsp70 continued to rise for a period of time, peaked at 12 h, and then slowly declined with the extension of recovery duration, until there is no significant difference of Hsp70 levels. Summarily, with the fluctuations of stress duration and temperature, the rotifers could adapt to the environments sensitively by regulating the synthesis of Hsp70.

As a prominent illusion, the motion aftereffect (MAE) has traditionally been considered a visual phenomenon. Recent neuroimaging work has revealed increased activities in MT+ and decreased activities in vestibular regions during the MAE, supporting the notion of visual–vestibular interaction on the MAE. Since the head had to remain stationary in fMRI experiments, vestibular self-motion signals were absent in those studies. Accordingly, more direct evidence is still lacking in terms of whether and how vestibular signals modulate the MAE. By developing a virtual reality approach, the present study for the first time demonstrates that horizontal head rotation affects the perceived velocity of the MAE. We found that the MAE was predominantly perceived as moving faster when its direction was opposite to the direction of head rotation than when its direction was the same as head rotation. The magnitude of this effect was positively correlated with the velocity of head rotation. Similar result patterns were not observed for the real motion stimuli. Our findings support a ‘cross-modal bias’ hypothesis that after living in a multisensory environment long-term the brain develops a strong association between signals from the visual and vestibular pathways. Consequently, weak biasing visual signals in the associated direction can spontaneously emerge with the input of vestibular signals in the multisensory brain areas, substantially modulating the illusory visual motion represented in those areas as well. The hypothesis can also be used to explain other multisensory integration phenomena.