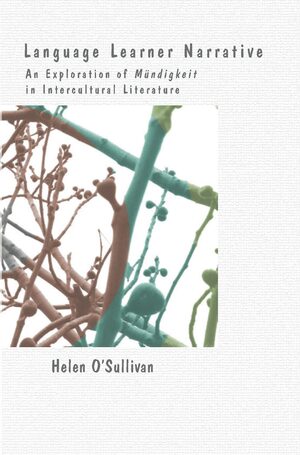 Language Learner Narrative
An Exploration of Mündigkeit in Intercultural Literature
Reihe: Textxet: Studies in Comparative Literature, Band: 73
AutorIn: Helen O'Sullivan
Increasing numbers of people have contact with other cultures and languages Language Learner Narrative examines representations of this phenomenon in literary texts using an applied linguistic approach. This analysis of written narratives of language learning and cross-cultural encounter complements objective studies in intercultural communication and second language acquisition research. Kant’s use of the term Mündigkeit in his essay “What is Enlightenment?” is used to frame the complex issues of language, identity, meaning and reality presented by the texts. Augmented by Pierre Bourdieu’s concept of linguistic capital, this framing forms a counterpoint to the positioning of these authors as “avatar[s] of poststructuralist wisdom” (Eva Hoffman). The work includes a uniquely detailed linguistic analysis of Emine Sevgi Özdamar’s Mutter Zunge, and further texts by other widely studied and less familiar authors (Yoko Tawada, Eva Hoffman, Vassilis Alexakis, Zé Do Rock). It also lists literary sources of language learner narrative. Through its fundamental examination of what and how language means to us as individuals, this volume will be of wide appeal to students and researchers in applied linguistics, second language acquisition, intercultural communication and literary studies.
E-Book

Using a pragmatically based linguistic description apparatus to study literary use of language is not unproblematic. Observations show that literary use of language violates the norms contained by this apparatus. With this paper I suggest how we can deal with this problem by setting up a frame for the use of a functional linguistic description apparatus on literary texts. As an extension of this suggestion I present a model for the description of a specific type of literary texts. 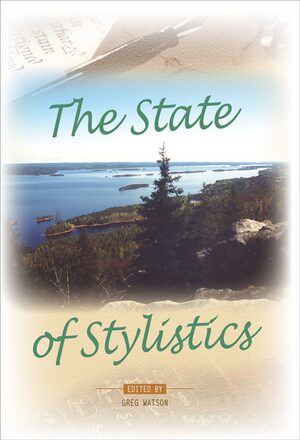 This paper presents research which reveals that ‘literature from different cultures and traditions’ is not being properly fulfilled as part of the National Curriculum requirement at Year 8 in schools in England. Reasons why this part of the Curriculum is currently neglected are presented here and a solution is offered in the form of a pedagogy. World Englishes literature is defined and offered as a literature used to represent ‘fiction from different cultures and traditions’. This paper brings together aspects of World Englishes literature, stylistics and emotion study.

This article is an attempt to apply Corpus Linguistics tools and methodology to a comparative analysis of William Shakespeare’s King Lear (1605) and its neoclassical adaptation by Nahum Tate (1681). A ‘traditional’ analysis has highlighted in Tate the presence of three major shifts from Shakespeare – in genre, in characterization and plot, in language – which are the starting points of the present study aiming to find out whether and to what extent the results obtained ‘manually’ are confirmed by Corpus Linguistics. This article presents some results obtained by processing the two texts with the software WordSmith Tools. In particular, it discusses the quantitative data obtained and a qualitative analysis of three thematic words in Shakespeare – ‘fool’, ‘nature’, ‘nothing’ – and one thematic word in Tate – ‘love’.

‘Why Get Upset Over a Few Cases of Rhinoceritis?’: Possible Worlds in the Theatre of the Absurd
AutorIn: Katerina Vassilopoulou

This present paper applies possible-worlds theory – as developed by literary theorists–to an analysis of absurdist drama, a genre that has, to date, been unexplored in these terms. I argue that this framework can prove very useful in the approach to absurdity. I discuss some selected extracts from Pinter’s Old Times, Ionesco’s The Bald Prima Donna, Jacques or Obedience and Rhinoceros, and Beckett’s Waiting for Godot. The analysis is based on Ryan’s (1991) typology of accessibility relations, as well as on her catalogue of types of alternative possible worlds that can be included within a fictional universe (1985). A discussion of the plays in terms of the first typology shows that some partial impossibilities can often be captured by accessibility relations other than logical compatibility, which is typically associated with absurdist drama. I further examine whether it is the relaxation of these relations alone that is responsible for the created oddity. Additionally, in discussing the conflicts within the fictional universe I argue that a further factor for the creation of absurdity lies in the fact that the mismatches fail to move the plot forward, contrary to what happens in other genres.

John Fowles’s The Magus was first published in 1966. He then revised and republished it in 1977. My doctoral research is a comparative stylistic analysis of the two editions of the novel. In this paper, I will explore (i) what differences there are between the two versions by using particular corpus techniques on them and (ii) to what extent stylistic investigation and corpus techniques can be usefully combined.

I will briefly introduce how I have used TESAS/Crouch and WCopyfind software to detect and measure text similarity (in terms of ‘matched’ words, i.e. n-gram overlaps, stemmers and synonyms) between the two versions of the novel. With the aid of these two corpus tools, I will present the statistical results of a chapter-by-chapter comparison to show in quantitative terms the general pattern of revision between the first and second editions of the novel. I will then discuss the limitations in applying the corpus tools in relation to my stylistic comparison. I will use textual examples to illustrate the limitations of applying surface linguistic criteria to computational measurement of text similarity or text content, especially the difficulty in measuring the content of the texts involving extensive revision.

This article focuses on the discursive construction of the nonverbal candid camera television programme Just for Laughs, Volumes 1 & 2. This Saturday evening primetime show consists of a series of extended practical jokes designed to outwit unsuspecting members of the public. Previous research into the structural design of the joke in discourse studies has focused predominantly upon issues of verbal and textual detail. For example, Nash (1985) discusses the narrative shape and locative formulae of joke design in relation to spoken and written discourse. However, the potential for exploiting such existing methodologies as a means of dismantling the architecture of nonverbal, particularly filmic texts, has yet to be fully explored. This paper applies a number of Nash’s frameworks for analysing phase structure, narrative shape and locative formulae, to the fabric of popular television production Just for Laughs. The article, which also draws upon interview evidence from the show’s executive producer and editors, argues that humour creation in the show may be adequately researched using techniques such as those presented in this paper. Given the 21st Century trend for texts to branch away from spoken and written media, the methodological treatment of nonverbal filmic texts to the fields of discourse studies and stylistics warrants further investigation.

The novel is an art form that belongs to the modern age and as such has been subjected to scrutiny for various reasons and varied purposes. For any lecturer teaching at the postgraduate level, the present scenario is fraught with danger. She has to contend with many ‘theories’ and negotiate her way through a minefield which puts her in a precarious position vis a vis her subject matter and her students. New developments that have taken place in the field of Literary Criticism and, Literary and Critical Theory have brought in a plethora of terms and expressions, and new ways of thinking and dealing with literary texts. So much so that the text itself has disappeared from view. These days, Literature is seen more as a tool to be used to expound a thesis and it is not studied in its own right. However, in order to restore literature to its primacy of place in Literature Studies a paradigm shift has to take place. One of the ways of doing this is by using Stylistics, which is a subject and a discipline of thinking divested of any ideology because it deals with the text in and by itself. My paper takes one aspect of the novel which is highly contested by critics and which has not received due attention from Stylisticians. This is Character and Characterisation. The paper reviews the hypotheses that deal with characters in novels as independent people and argues that characters are only verbal constructs. Indeed, characters should be subjected to linguistic analysis just as speech, narration or focalization. My theoretical premise derives from Rimmon Kenan (1983) and I extend it further by developing a framework for the analysis of character in fiction by using Halliday’s Functional Grammar (1985) and motif analysis of Narratologists. Through my analysis, I show how critics can be wrong in their interpretation of a character and for the purposes of illustration, I take Chinua Achebe’s novel, Things Fall Apart. (1958) for analysis.

The Ellipsis of Haiku: The Effects of Poetic Ellipsis1 in the Framework of Relevance Theory
AutorIn: Kyoko Arai

In the framework of relevance theory, certain mental effects we experience during conversations are defined as cognitive effects. These kinds of effects include obtaining contextual implications and revising one’s present assumptions. Another kind of effect that is well known is the poetic effect, which assumes the special effects we experience when a speaker intends her utterance to have multiple weak implicatures.

The effects of literary texts are often analyzed using this notion, poetic effect. However, for the very short type of literary texts, such as Japanese short poems, Haiku and Waka, the value of the shortness cannot be explained by the notion. This paper introduces a third type, which contrasts with poetic effects, that is, the effects of ‘poetic ellipsis’. By posing the effects, we will be able to distinguish between the essential value of verse and prose. In other words, we will explain why the shorter forms of literature sometimes tell us as much as, or more than, the longer expressions. The main purpose of this paper is to define the special type of ellipsis of Haiku by using the notion of poetic ellipsis. Haiku is called the literature of ellipsis and it is said that the essential value of this literature is its shortness.

The first section is an overview of some basic concepts about the meanings of an utterance (sentence) and what ellipsis is in the framework of relevance theory, along with a review of the overall attitude of relevance theory towards analyzing literary text and the well-known concept of poetic effects. In the second section, the new concept, poetic ellipsis, is introduced as a way of analyzing literary texts from a different angle, and illustrated by examples of Haiku and Haiku’s ellipsis as they are explained by the notion. Section three is an examination of English translations of Japanese Haiku in order to gain insight into Haiku’s special ellipsis, and includes a discussion on how to translate the shortness of Haiku. Finally, the importance of the quality of poetic ellipsis in Haiku’s ellipsis is explained by using the notion of highly relevant words.