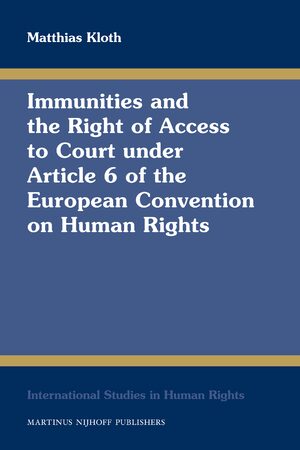 The Criminal Process and Human Rights
Toward a European Consciousness
Editors: Mark A. Summers and Mireille Delmas-Marty
The title of this work illustrates the two difficulties which the chosen theme poses, difficulties which arise from the confrontation between collective and individual interests. On the one hand, the criminal process is based on the protection of society; on the other hand, human rights implies respect for all individuals implicated in that process, be they victim, witness or accused. A third difficulty arises in relation to the new influence of European law. While the right to judge has long appeared to be the most obvious indication of national sovereignty, it is now subject to supranational control and a State can be censured by the European Court of Human Rights.
Part One of this volume analyses the period of reform in various Eastern and Western European countries; Part Two explores the debate among jurists, historians, sociologists and philosophers on the subject of the criminal trial in a democratic society.
Finally, Part Three reflects on the issue within the context of the European Community and the European Council and explores the question of a future model for the European criminal trial.
Professor Mireille Delmas-Marty teaches at l'Université de Paris I - Panthéon Sorbonne and is a member of l'Institut Universitaire de France. She is the editor of The European Convention for the Protection of Human Rights, International Protection versus National Restrictions (Martinus Nijhoff Publishers, 1992.) 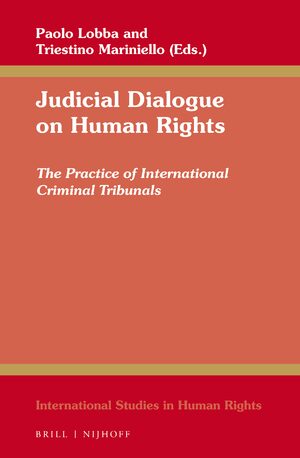 Judicial Dialogue on Human Rights
The Practice of International Criminal Tribunals
Series: International Studies in Human Rights, Volume: 120
Editors: Paolo Lobba and Triestino Mariniello
Judicial Dialogue on Human Rights offers a critical legal perspective on the manner in which international criminal tribunals select, (re-)interpret and apply the principles and standards formulated by the European Court of Human Rights. A part of the book is devoted to testing the assumption that the current practice of cross-referencing, though widespread, is incoherent in method and erratic in substance. Notable illustrations analysed in the book include the nullum crimen principle, prohibition of torture, hearsay evidence and victims’ rights. Another section of the book seeks to devise a methodologically sound ‘grammar’ of judicial dialogue, focussing on how and when human rights concepts may be transferred into the context of international criminal justice. 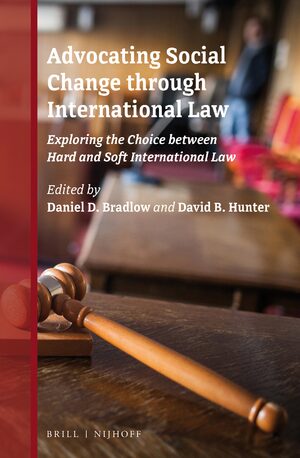