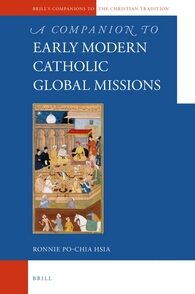 A Companion to the Early Modern Catholic Global Missions
Series: Brill's Companions to the Christian Tradition, Volume: 80
Author: Ronnie Po-Chia Hsia
A survey of the latest scholarship on Catholic missions between the 16th and 18th centuries, this collection of fourteen essays by historians from eight countries offers not only a global view of the organization, finances, personnel, and history of Catholic missions to the Americas, Africa, and Asia, but also the complex political, cultural, and religious contexts of the missionary fields.
The conquests and colonization of the Americas presented a different stage for the drama of evangelization in contrast to that of Africa and Asia: the inhospitable landscape of Africa, the implacable Islamic societies of the Ottoman, Safavid, and Mughal empires, and the self-assured regimes of Ming-Qing China, Nguyen dynasty Vietnam, and Tokugawa Japan. 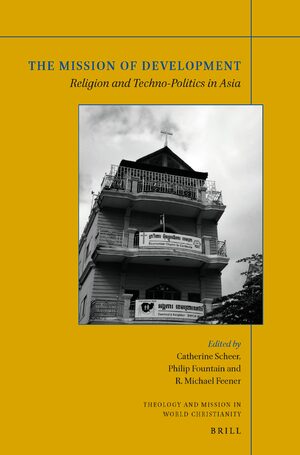 The Mission of Development
Religion and Techno-Politics in Asia
Series: Theology and Mission in World Christianity, Volume: 10
Editors: Catherine Scheer, Philip Fountain and R. Michael Feener
The Mission of Development interrogates the complex relationships between Christian mission and international development in Asia from the 19th century to the new millennium. Through historically and ethnographically grounded case studies, contributors examine how missionaries have adapted to and shaped the age of development and processes of ‘technocratisation’, as well as how mission and development have sometimes come to be cast in opposition. The volume takes up an increasingly prominent strand in contemporary research that reverses the prior occlusion of the entanglements between religion and development. It breaks new ground through its analysis of the techno-politics of both development and mission, and by focusing on the importance of engagements and encounters in the field in Asia.
E-Book