Negotiating Identities
Essays on Immigration and Culture in Present-Day-Europe
Series: Studia Imagologica, Volume: 7
Editors: Aleksandra Alund and Raoul Granqvist
This book is about the new possibilities that emerge at the conjunction of the cultural trajectories of the present. Through different journeys in the European, and particularly the Scandinavian and the British present, the authors of this collection of essays discuss the interrelations of culture, race, gender, ethnicity and identity. They elucidate how identies are negotiated and cultures processed. The passages of culture addressed here open for a deeper understanding of the varieties of ethnicity and in particular of those of the borderlands with their potential for intercultural and transnational conversation.
Paperback 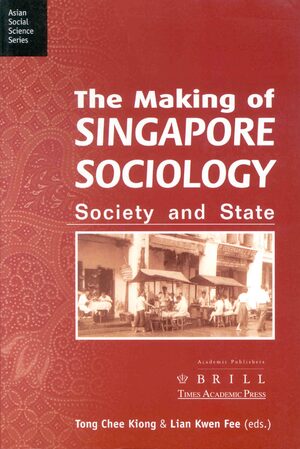 The Making of Singapore Sociology
State and Society
Series: Asian Social Science Series, Volume: 2
Editors: Tong Chee-Kiong and Lian Kwen-Fee
This book presents a collection of essays of how the city-state of Singapore's societal dynamics have evolved from the time of its birth as a nation in 1965 to the present. Key areas of Singapore society are explored, contributing to the understanding of the social organisation of the city.
This study reveals a shift from the modernisation studies in the 1970s to a more political-economic turn, as a consequence of the influence of dependency and world systems theories. Topics covered include: urban studies, family, education, medical care, class and social stratification, work, language, ethnic groups, religion and crime and deviance.
Paperback 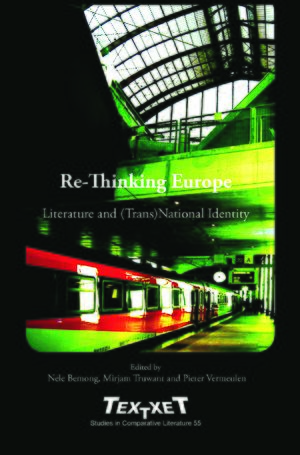 Re-Thinking Europe
Literature and (Trans)National Identity
Series: Textxet: Studies in Comparative Literature, Volume: 55
Editors: Nele Bemong, Mirjam Truwant and Pieter Vermeulen
Re-Thinking Europe sets out to investigate the place of the idea of Europe in literature and comparative literary studies. The essays in this collection turn to the past, in which Europe became synonymous with a tradition of peace and tolerance beyond national borders, and enter into a critical dialogue with the present, in which Europe has increasingly become associated with a history of oppression and violence. The different essays together demonstrate how the idea of Europe cannot be thought apart from the tension between the regional and the global, between nationalism and pluralism, and can therefore be re-thought as an opportunity for an identity beyond national or ethnic borders. Engaging contemporary discourses on hybrid, postcolonial, and transnational identity, this volume shows how literature can function as both a vital tool to forge new identities and a power subversive of such attempts at identity-formation. Like Europe, it is always marked by the tension between integration and resistance. The book will be of interest to students and scholars of modern literature, comparative literature, and European studies, as well as people concerned with cultural memory and the relation between literature and cultural identity.
E-Book 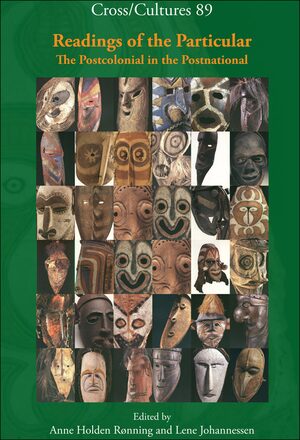 Readings of the Particular
The Postcolonial in the Postnational
Series: Cross/Cultures, Volume: 89
Editors: Anne Holden Rønning and Lene M. Johannessen
The present collection aims at throwing light on transculturality and the identities and masks that people put on, in writing as much as in life, in an age of global levelling and the struggle for a particular place in a postcolonial world. Topics covered include: North African identity in France; cultural citizenship and the Asian diaspora; novels of beur self-identity by Maghrebi immigrants in France; Scottish fiction, Britain and Empire; memory, amnesia, and the re-invention of the past in South Africa, the Caribbean and elsewhere; borders, necrophilia and history in Southern African fiction; encodings of female control; spectating in black documentary cinema; theatre, performance, and the Western presence in Africa; masks, history, transtextuality, and other aspects of Irish poetry and drama; the masking and unmasking of identity in the African-American novel; violence and Titus Andronicus in black Nova Scotian poetry; notions of the national and of indigeneity in contemporary Canadian drama; Native Canadians, space, and the city. Authors and artists treated include: William Boyd; André Brink; George Elliott Clarke; David Dabydeen; Ralph Ellison; Bessie Head; Seamus Heaney; Tomson Highway; Isaac Julien; Daniel David Moses; Paul Muldoon; Albert Murray; Jean Rhys; Sir Walter Scott; Robert Louis Stevenson; Richard Wright; and W.B. Yeats.
E-Book 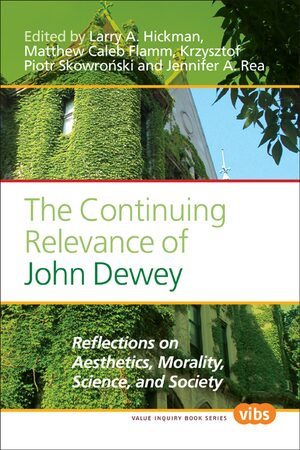 The Continuing Relevance of John Dewey
Reflections on Aesthetics, Morality, Science, and Society
Series: Value Inquiry Book Series, Volume: 223and Central European Value Studies, Volume: 223
Editors: Larry A. Hickman, Matthew Caleb Flamm, Krzysztof Piotr Skowroński and Jennifer A. Rea
The present volume encapsulates the contemporary scholarship on John Dewey and shows the place of Dewey’s thought on the philosophical arena. The authors are among the leading specialists in the philosophy of John Dewey from universities across the US and in Europe.
E-Book

Industrial Parsing of Software Manuals
Series: Language and Computers, Volume: 17
Editors: Richard F.E. Sutcliffe, Heinz-Detlev Koch and Annette Mcelligott
The task of language engineering is to develop the technology for building computer systems which can perform useful linguistic tasks such as machine assisted translation, text retrieval, message classification and document summarisation. Such systems often require the use of a parser which can extract specific types of grammatical data from pre-defined classes of input text.
There are many parsers already available for use in language engineering systems. However, many different linguistic formalisms and parsing algorithms are employed. Grammatical coverage varies, as does the nature of the syntactic information extracted. Direct comparison between systems is difficult because each is likely to have been evaluated using different test criteria.
In this volume, eight different parsers are applied to the same task, that of analysing a set of sentences derived from software instruction manuals. Each parser is presented in a separate chapter. Evaluation of performance is carried out using a standard set of criteria with the results being presented in a set of tables which have the same format for each system. Three additional chapters provide further analysis of the results as well as discussing possible approaches to the standardisation of parse tree data. Five parse trees are provided for each system in an appendix, allowing further direct comparison between systems by the reader.
The book will be of interest to students, researchers and practitioners in the areas of computational linguistics, computer science, information retrieval, language engineering, linguistics and machine assisted translation.
Hardback 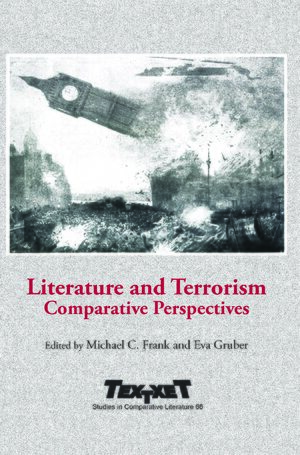 Literature and Terrorism
Comparative Perspectives
Series: Textxet: Studies in Comparative Literature, Volume: 66
Editors: Michael C. Frank and Eva Gruber
The years following the attacks of September 11, 2001 have seen the publication of a wide range of scientific analyses of terrorism. Literary studies seem to lag curiously behind this general shift of academic interest. The present volume sets out to fill this gap. It does so in the conviction that the study of literature has much to offer to the transdisciplinary investigation of terror, not only with respect to the present post-9/11 situation but also with respect to earlier historical contexts. Literary texts are media of cultural self-reflection, and as such they have always played a crucial role in the discursive response to terror, both contributing to and resisting dominant conceptions of the causes, motivations, dynamics, and aftermath of terrorist violence. By bringing together experts from various fields and by combining case studies of works from diverse periods and national literatures, the volume Literature and Terrorism chooses a diachronic and comparative perspective. It is interested in the specific cultural work performed by narrative and dramatic literature in the face of terrorism, focusing on literature's ambivalent relationship to other, competing modes of discourse.
E-Book