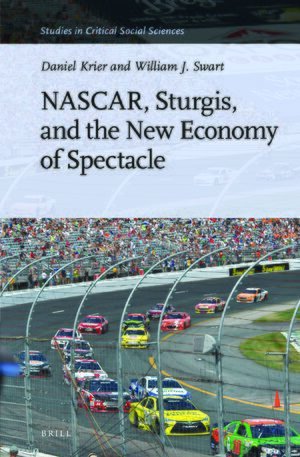 NASCAR, Sturgis, and the New Economy of Spectacle
Series: Studies in Critical Social Sciences, Volume: 92
Authors: Daniel Krier and William J. Swart
NASCAR, Sturgis, and the New Economy of Spectacle maps the structure of economies of spectacle in stock car racing and large displacement motorcycle rallying. The book traces the historical development of economic spectacles and models the structural components and moving parts that sustain them. Economies of spectatorship emerge when activities and legends in the cultural commons are privatized or enclosed as immaterial property. Once privatized, a spectacular diegesis supports a triple-circuit of profit: spectatorship markets (payments to see), sponsorship markets (payments to be seen) and trophy markets (payments to be seen enjoying). Vivid illustrations of legendary action in NASCAR and carnivalesque displays at Sturgis reveal how spectator events function as intensive sites of profit-making in contemporary capitalism.
E-Book 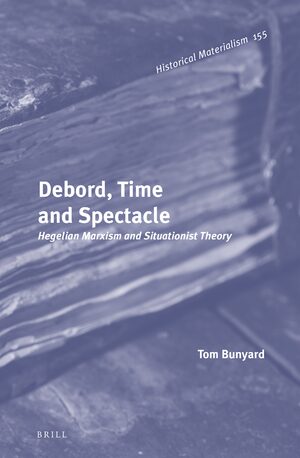 Debord, Time and Spectacle
Hegelian Marxism and Situationist Theory
Series: Historical Materialism Book Series, Volume: 155
Author: Tom Bunyard
In Debord, Time and Spectacle Tom Bunyard provides a detailed philosophical study of the theoretical work of Guy Debord and the Situationist International. Drawing on evidence from Debord’s books, films, letters and notes, Bunyard reconstructs the Hegelian and Marxian ideas that support Debord’s central concept of ‘spectacle’. This affords a reconsideration of Debord’s theoretical claims, and a reinterpretation of his broader work that foregrounds his concerns with history and lived time. By bringing Situationist theory into dialogue with recent reinterpretations of Marx, this book also identifies problems in Debord’s critique of capitalism. It argues, however, that the conceptions of temporality and spectacle that support that critique amount to a philosophy of praxis that remains relevant today.
E-Book

Spectacle & image in Renaissance Europe / Spectacle & image dans l'Europe de la Renaissance
Selected papers of the XXXIInd Conference at the Centre d'Études Supérieures de la Renaissance de Tours, 29 June-8 July 1989 / Choix de Communications du XXXIIe Colloque du Centre d'Études Supérieures de la Renaissance de Tours, 29 Juin - 8 Juillet 1989
Series: Symbola et Emblemata, Volume: 4
Editor: Lascombes
These nineteen papers focus on the 1480-1610 period in England, France and Spain, offering a range of views on the use of images to spectacular ends in institutional form or in artifacts.
After a recall of what neurophysiology says about brain treatment of images and what dominant codings of image may have been in Renaissance commonalty culture, four studies examine the way propagandistic imagery operates and its various effects, from benign submission to fierce opposition. Most studies, however, review accepted or moot points regarding interpretation of plays or staging. Interestingly, even if the papers build on different premises, they come up with fairly consistent findings about theatrical coding and image reception.
While the selection helps see why study of popular shows - including plays - needs be rooted in the broadest cultural context, it also illustrates how basic similitudes in the strategic use, and the impact, of images underlie superficial generic differences.
Hardback 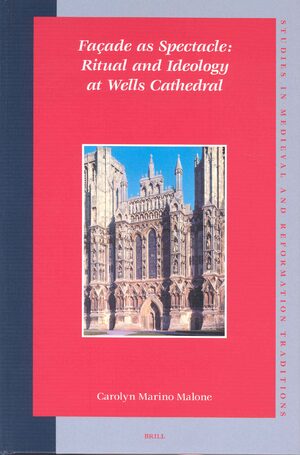 Façade as Spectacle: Ritual and Ideology at Wells Cathedral
Series: Studies in Medieval and Reformation Traditions, Volume: 102
Author: Carolyn Marino Malone
This interdisciplinary study interprets the façade of Wells Cathedral as an integral part of thirteenth-century English Church liturgy and politics. Carolyn Malone posits that architectural motifs, as signs, complemented not only the façade’s sculptural program of the Church Triumphant but also its use during liturgical processions. Interpreted as an ideological construct, the façade’s design is related to theological change, liturgical innovation and political strategy, as well as to the conjuncture of several major historical and cultural events of the 1220s. As part of the Church’s empowering ritual, the façade expressed the reforming views of the Fourth Lateran Council, promoted Wells as the seat the diocese and proclaimed the covenant between Church and State in England following Magna Carta.
Hardback 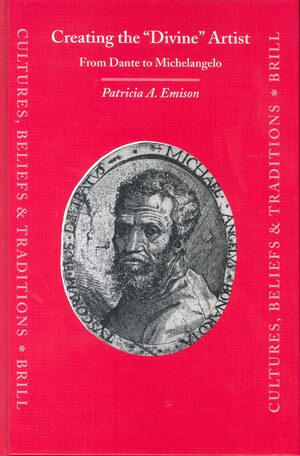 Creating the "Divine" Artist: From Dante to Michelangelo
Series: Cultures, Beliefs and Traditions: Medieval and Early Modern Peoples, Volume: 19
Author: Patricia Emison
Turning a skeptical eye on the idea that Renaissance artists were widely believed to be as utterly admirable as Vasari claimed, this book re-opens the question of why artists were praised and by whom, and specifically why the language of divinity was invoked, a practice the ancients did not license. The epithet ''divino'' is examined in the context of claims to liberal arts status and to analogy with poets, musicians, and other ''uomini famossi.'' The reputations of Michelangelo and Brunelleschi are compared not only with each other but with those of Dante and Ariosto, of Aretino and of the ubiquitous beloved of the sonnet tradition. Nineteenth-century reformulations of the idea of Renaissance artistic divinity are treated in the epilogue, and twentieth-century treatments of the idea of artistic "ingegno" in an appendix.
Hardback 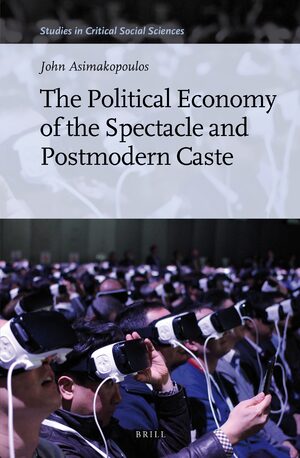 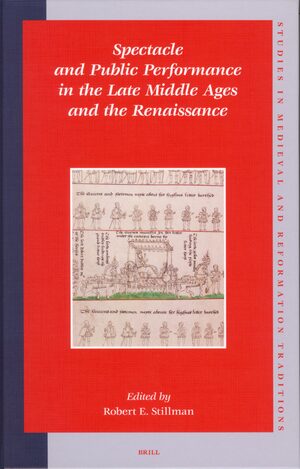 Spectacle and Public Performance in the Late Middle Ages and the Renaissance
Series: Studies in Medieval and Reformation Traditions, Volume: 113
Editor: Robert E. Stillman
No volume about the spectacles and public performances of early modern England could pretend to treat comprehensively a body of materials so conspicuously vast. Rather than efforts to survey the territory, these essays are best understood in the original sense of the term as “essays”—as trials, attempts, experiments to open alternative ways of understanding that vast corpus of mystery plays, civic pageants, court masques and professional dramas that constitute its subject. The book crosses traditional period lines, including studies of Medieval as well as Renaissance entertainments. Once more, the essays are not organized according to a single critical or historical methodology. They employ an eclectic range of interpretive practices, reflecting the variety of interpretive approaches now current in the field. 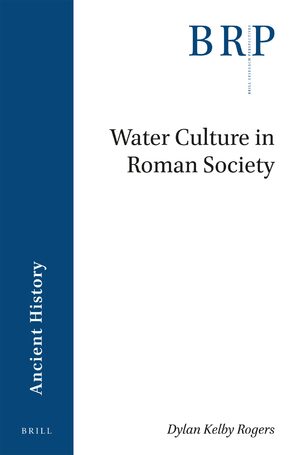 Water Culture in Roman Society
Series: Brill Research Perspectivesand Brill Research Perspectives E-Books Online
Author: Dylan Kelby Rogers
Water played an important part of ancient Roman life, from providing necessary drinking water, supplying bath complexes, to flowing in large-scale public fountains. The Roman culture of water was seen throughout the Roman Empire, although it was certainly not monolithic and it could come in a variety of scales and forms, based on climatic and social conditions of different areas. This article seeks to define ‘water culture’ in Roman society by examining literary, epigraphic, and archaeological evidence, while understanding modern trends in scholarship related to the study of Roman water. The culture of water can be demonstrated through expressions of power, aesthetics, and spectacle. Further there was a shared experience of water in the empire that could be expressed through religion, landscape, and water’s role in cultures of consumption and pleasure.
E-Book