Hunting and dogs are inextricably linked. In fact, humans have encouraged breeds of canines for the various skills of speed, smell, or strength they bring to the chase. Assorted medieval tapestries and manuscript illuminations record dogs exhibiting these traits accompanied by men who follow their lead or move in for the kill. More surprising is when the stalking hounds are assigned allegorical meanings. Yet in late medieval scenes of the mystical hunt for the unicorn, the dogs are clearly labeled as representing specific concepts, such as “charity,” “peace,” or “faith.” They rush toward the unicorn and the harried beast finds refuge in the Virgin’s lap. In such scenes, the hunting dogs have used their intrinsic properties of justice or mercy to drive this symbol of purity to its natural home, the woman chosen to receive God’s child. Thus the viewer is asked to read the dogs as both allegory and hunting tool. The dogs in the hortus conclusus Annunciation type, which incorporates the mystical hunt for the unicorn, argue the theological justification of Mary and give her role a preordained inevitability.

Two small tapestries found in the Burrell Collection of Glasgow and in a private collection include cousins of the stylized hortus conclusus Annunciations canines. Like the unicorn-chasing dogs, these hounds follow medieval hunting treatises by representing two methods used in the chase—the sharp-snouted varieties who hunt by sight, and the blunt-snouted breeds who follow their prey by scent. Their chosen quarry is a stag, a traditional symbol of faithfulness. Close behind him, riding a white horse, is a young couple with a banderole floating above them proclaiming their hunt for Treue (fidelity, loyalty, faithfulness). The young man blows a horn and drives the stag into a net strung between two trees, making the goal of the hunt seem within their grasp.

Like the dogs in the scene, many of the elements found in the Glasgow tapestry are present in other art works. They are a part of the common visual vocabulary used at the end of the fifteenth century. Yet their particular combination is almost unique and requires some explication. This scene does not explore the search for love; love has been found. Rather the tapestry expounds upon the elements necessary for love to sustain itself. By exploring the clothing, props, flora, hunting techniques, and especially the role of the dogs, this essay examines the lessons about relationships embedded in this pleasant pastoral scene. 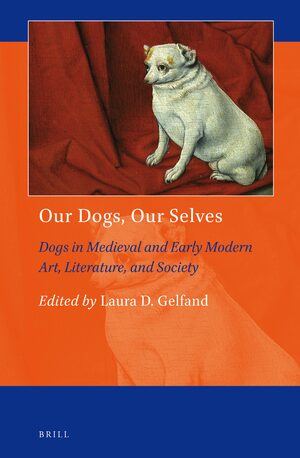 indications of the archaeological importance of Dendi; but opening the well-known volume Vallées du Niger (1993), for instance, will suffice to demonstrate how little coverage existed of the Benin segment. This book begins to fill this gap, presenting as it does the main results of a five-year project

incised lines and twisted cord roulette, as well as a large fragment of pottery decorated with a rocked blade. Pottery decorated with folded strip roulette is present at the bottom of the excavation. A cowrie was recovered from level 20–30 cm. 9 Interpretation and Cultural Attribution Garou is described

site. Material from the sites of Kantoro and Kozungu, and from a small trial excavation on one of the islets on the Niger River at the level of the hamlet of Pekinga, are also presented. The majority of the remains are fragmentary and dispersed. The nature of some of the contexts in which they were

dedicated to the earlier operations relating to the sites recently excavated by mafoub , but only those. The sites excavated and thus presented in this part are Ramitan, Bukhara, Paykend, Iskijkat, Kakishtuvan and site 0250 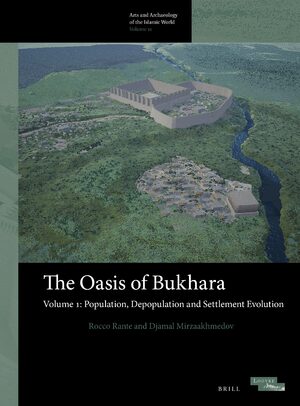 In: The Oasis of Bukhara, Volume 1

of a sizeable seasonal stream with the Niger. In the present village of Bogo Bogo ( GOG ) (phase 5), less than 10km from the Niger but on a dry plateau and at the highest altitude (ca. 198m a.s.l.) of all studied localities, a small trench was dug in the oldest house, revealing three horizons and two

that the settling of the present-day population was in its final phase in the fourteenth century, not in the eighteenth century, which had been the initial assumption of the researchers (see Haour & N’Dah, this volume). This approach also helped to better characterise the chronocultural frame thanks to

mound, which rises from an altitude of circa 221 m of the plain by at least 8 m. In fact, its surface is topographically irregular, depending on the human occupation. The four corners present quadrangular

In: The Oasis of Bukhara, Volume 1

modelled clay objects from Jarma (Libya) by Townsend (2013) served as a useful model; it adopted the principle of ordering each item by category, form and genre. The items described in the present chapter are studied as a whole, without discrimination by site or year of discovery, distinguishing them