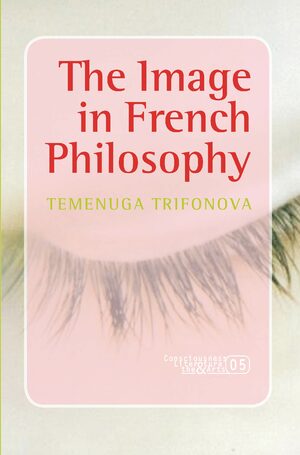 The Image in French Philosophy
Series: Consciousness, Literature and the Arts, Volume: 5
Author: Temenuga Trifonova
The Image in French Philosophy challenges dominant interpretations of Bergson, Sartre, Lyotard, Baudrillard and Deleuze by arguing that their philosophy was not a critique but a revival of metaphysics as a thinking pertaining to impersonal forces and distinguished by an aversion to subjectivity and an aversion of the philosophical gaze away from the discourse of vision, and thus away from the image. Insofar as the image was part of the discourse of subjectivity/representation, getting rid of the subject involved smuggling the concept of the image out of the discourse of subjectivity/representation into a newly revived and ethically flavored metaphysical discourse—a metaphysics of immanence, which was more interested in consciousness rather than subjectivity, in the inhuman rather than the human, in the virtual rather than the real, in Time rather than temporalization, in Memory rather than memory-images, in Imagination rather than images, in sum, in impersonal forces, de-personalizing experiences, states of dis-embodiment characterized by the breaking down of sensory-motor schemata (Bergson’s pure memory, Sartre’s image-consciousness, Deleuze’s time-image) or, more generally, in that which remains beyond representation i.e. beyond subjectivity (Lyotard’s sublime, Baudrillard’s fatal object). The book would be of interest to scholars and students of philosophy, aesthetics, and film theory.
E-Book

Discern(e)ments
Deleuzian Aesthetics / Esthétiques deleuziennes
Series: Faux Titre, Volume: 251
Editors: Joost de Bloois, Sjef Houppermans and Frans-Willem Korsten
A bilingual collection of essays on the aesthetics of Gilles Deleuze, Discern(e)ments highlights what is at stake in Deleuzian philosophy of art. It traces the reception of Deleuzian thought in a broad range of disciplines and gauges its use-value in each of them. Following the dynamics between structure and becoming that punctuates Deleuzian aesthetics, Discern(e)ments sketches and erases boundaries between methods and traditions in philosophy and art theory, as well as in literary, performance and film studies. Offering both numerous case-studies as well as theoretical outlines, Discern(e)ments engages faculties, disciplines and criticisms not in a mere exchange of points of view, but in heterogenesis mapping out further discernments in Deleuzian aesthetics.
Paperback