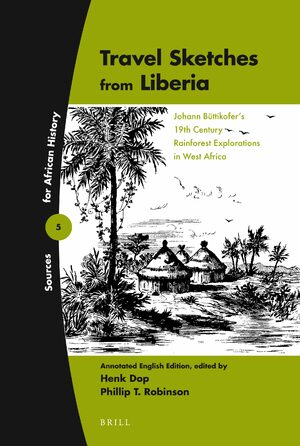 Travel Sketches from Liberia
Johann Büttikofer's 19th Century Rainforest Explorations in West Africa
Series: Sources for African History, Volume: 5
Editors: Henk Dop and Phillip Robinson
In the 1880s a Swiss-born biologist, Johann Büttikofer, while working for the Royal Museum of Natural History in Leiden, The Netherlands, carried out two extended expeditions to Liberia, West Africa. In 1890 he published the results of his work in German in two-volumes, entitled Reisebilder aus Liberia (Travel Sketches from Liberia).
Büttikofer worked extensively in the forested regions of coastal Liberia and made the acquaintance of many prominent Liberians and other personalities of that era. His zoological work there is actually exceeded by his detailed descriptions of the state of Liberia some 50 years following its colonization by freed American slaves and their descendents. It constitutes the first comprehensive monograph on the Republic of Liberia.