Polish Philosophers of Science and Nature in the 20th Century
Series: Poznań Studies in the Philosophy of the Sciences and the Humanities, Volume: 74and Polish Analytical Philosophy, Volume: 74
Editor: Władysław Krajewski
The volume is a collection of essays about prominent Polish 20th century philosophers of science and scientists who were concerned with problems in the philosophy of science. The contribution made by Polish logicians, especially those from the Lvov-Warsaw School, like Łukasiewicz, Kotarbiński, Czeżowski or Ajdukiewicz, is already well known. One of the aims of the volume is to offer a broader perspective. The papers collected here are devoted to the work of such philosophers as Zawirski, Metallmann, Dąmbska, Mehlberg, Szaniawski and Giedymin as well as to the work of such scientists as Smoluchowski, Fleck, Infeld and Chyliński. The introduction to the volume, written by the editor and Jacek Jadacki, presents an overview of the history of the Polish philosophy of science from the foundation of the Cracow Academy (in 1364) to the present.
Hardback 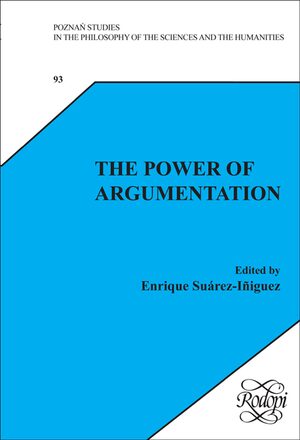 The Power of Argumentation
Series: New Trends in Philosophy, Volume: 93, Poznań Studies in the Philosophy of the Sciences and the Humanities, Volume: 93, and Poznań Studies in the Philosophy of the Sciences and the Humanities Online, Volume: 93
Editor: Enrique Suárez-Iñiguez
This book is a collection of essays on the philosophy of Karl Popper written by some outstanding contributors from all the world around. Most of them are Popperians, some were Sir Karl’s students in his famous seminar at the London School of Economics and his research assistants. All have written books or papers on Popper’s philosophy and are notable professors at their universities. So, from a well-acquainted view of Poppers philosophy the book deals with present day philosophical problems and offers interesting interpretations. The first part is devoted to political philosophy and the second to philosophy of science.
The volume is of interest for all those concerned not only in Popper’s philosophy but also in some the main scientific and political problems of today.
E-Book 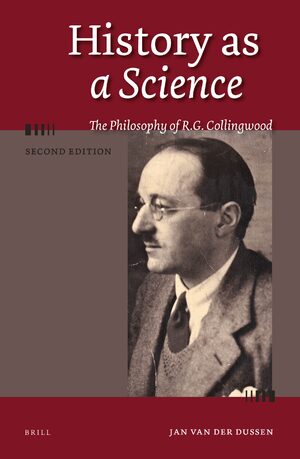 History as a Science
The Philosophy of R.G. Collingwood, 2nd edition
Author: Jan van der Dussen
Since its appearance in 1981, History as a Science by Jan van der Dussen has been welcomed as a coherent and comprehensive study of the many aspects of Collingwood’s philosophy of history, including its development and reception. The book was the first to pay attention to Collingwood’s unpublished manuscripts, and to his work as an archaeologist and historian, herewith opening up a new angle in Collingwood studies. The republication of this volume meets an increasing demand to make the book available for future Collingwood scholars, and people interested in Collingwood’s philosophy. The present edition of History as a Science includes updated references to the published manuscripts and an added preface.
E-Book 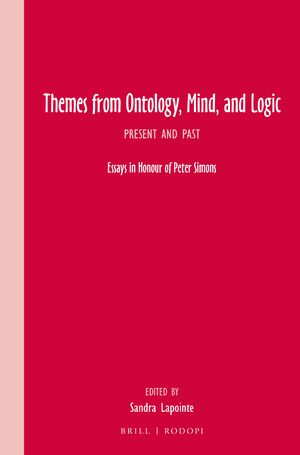 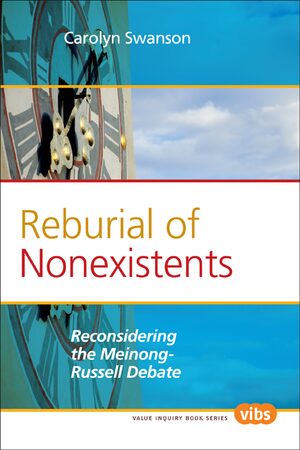 Reburial of Nonexistents
Reconsidering the Meinong-Russell Debate
Series: Value Inquiry Book Series, Volume: 231and Central European Value Studies, Volume: 231
Author: Carolyn Swanson
Alexius Meinong claimed to uncover a brave new world of nonexistent objects. He contended that unreal objects, such as the golden mountain and the round square, genuinely had properties (such as nonexistence itself) and therefore, deserved a place in an all-inclusive science. Meinong’s notion of nonexistents was initially not well-received, largely due to the influence and criticisms of Bertrand Russell. However, it has gained considerable popularity in more recent years as academics have uncovered shortfalls in Russell’s philosophy and strived to explain apparent “facts” about the beingless. Some philosophers have continued Meinong’s project, further explaining nonexistent objects or formulating logic systems that incorporate them.
The more recent developments beg for a re-examination of Meinongianism. This book does just that, putting the theory on trial. Part One considers if Russell truly defeated Meinongianism. It addresses Meinongian rejoinders in response to Russell’s main criticisms and further defends Russell’s alternative solution, his Theory of Descriptions. Part Two explores the rationale for nonexistents and their use in interpreting three types of statements: characterization, negative existential, and intentional. The book argues that, despite appearances, Meinongianism cannot plausibly account for its own paradigm claims, whereas Russell’s framework, with some further elucidation, can explain these statements quite well. Part Three primarily addresses claims about fiction, exploring the short-comings of Meinongian and Russellian frameworks in interpreting them. The book introduces a contextualization solution and symbolic method for capturing the logical form of such claims – one with the complexity to handle cross-contextual statements, including negative existential and intentional ones. It finally considers where that leaves nonexistent objects, ultimately rejecting such so-called entities.
E-Book