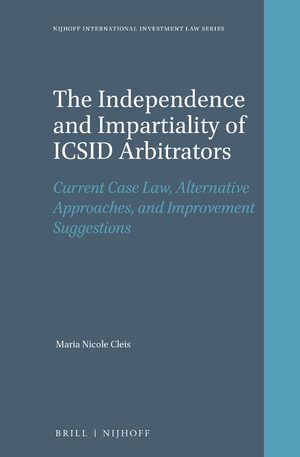 The Independence and Impartiality of ICSID Arbitrators
Current Case Law, Alternative Approaches, and Improvement Suggestions
Series: Nijhoff International Investment Law Series, Volume: 8
Author: Maria Nicole Cleis
The legitimacy of investor-State arbitration is a much-debated topic, with arbitrators’ independence and impartiality being one of the core concerns. In The Independence and Impartiality of ICSID Arbitrators, Maria Nicole Cleis explores how unbiased decision-making is ensured under the ICSID Convention. Juxtaposing existing disqualification decisions in the ICSID system against corresponding requirements in related dispute settlement systems, the book convincingly argues that the current approach to disqualification requests against ICSID arbitrators is too exacting in light of the high stakes of investor-State disputes. The author’s nuanced analysis of the status quo is followed by novel suggestions for reforms (including a proposal for ICSID-specific guidelines on conflict of interest), making the book a valuable source of ideas on constructive paths forward.
E-Book

prospect. In the meantime, however, the EU has included a permanent bilateral investment court system in its most recent investment and free trade agreements, including the Comprehensive Economic and Trade Agreement between the EU and Canada ( CETA ), 80 the EU-Singapore Free Trade Agreement ( FTA ) 81 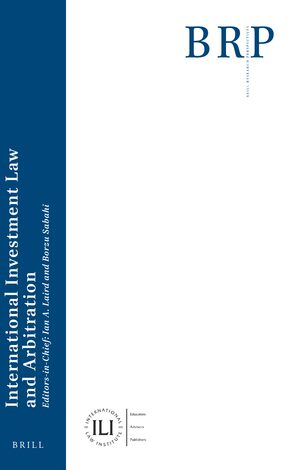 concludes. These courts will eventually merge and lead to the establishment of a multilateral investment court system. 203 The eu initiative was officially presented to the us as part of their ongoing negotiations of the Transatlantic Trade and Investment Partnership (“ ttip ”). Had the us adopted the

successful example of the WTO dispute settlement system with its ad hoc panels and a small, but permanent Appellate Body has not been taken up in recent discussions about the reform of investor-state arbitration. The “Investment Court”-system contained in the proposals for CETA and TTIP is not yet