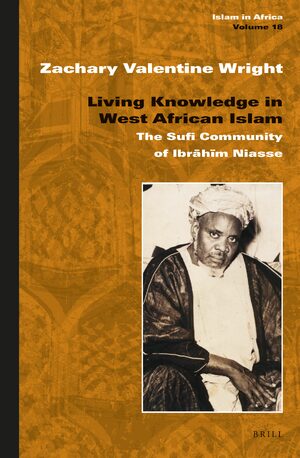 Living Knowledge in West African Islam
The Sufi Community of Ibrāhīm Niasse
Series: Islam in Africa, Volume: 18
Author: Zachary Valentine Wright
Living Knowledge in West African Islam examines the actualization of religious identity in the community of Ibrāhīm Niasse (d.1975, Senegal). With millions of followers throughout Africa and the world, the community arguably represents one of the twentieth century’s most successful Islamic revivals. Niasse’s followers, members of the Tijāniyya Sufi order, gave particular attention to the widespread transmission of the experiential knowledge (maʿrifa) of God. They also worked to articulate a global Islamic identity in the crucible of African decolonization.

The central argument of this book is that West African Sufism is legible only with an appreciation of centuries of Islamic knowledge specialization in the region. Sufi masters and disciples reenacted and deepened preexisting teacher-student relationships surrounding the learning of core Islamic disciplines, such as the Qurʾān and jurisprudence. Learning Islam meant the transformative inscription of sacred knowledge in the student’s very being, a disposition acquired in the master’s exemplary physical presence. Sufism did not undermine traditional Islamic orthodoxy: the continued transmission of Sufi knowledge has in fact preserved and revived traditional Islamic learning in West Africa.