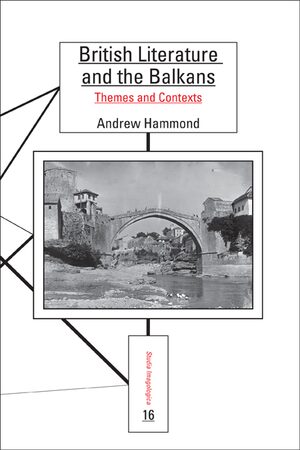 British Literature and the Balkans
Themes and Contexts
Series: Studia Imagologica, Volume: 16
Author: Andrew Hammond
The manner in which south-east Europe is viewed by western cultures has been an increasingly important area of study over the last twenty years. During the 1990s, the wars in the former Yugoslavia reactivated denigratory images of the region that many commentators perceived as a new, virulent strain of intra-European prejudice. British Literature and the Balkans is a wide-ranging and original analysis of balkanist discourse in British fiction and travel writing. Through a study of over 300 texts, the volume explores the discourse’s emergence in the imperial nineteenth century and its extensive transformations during the twentieth and twenty-first centuries. There will be a particular focus on the ways in which the most significant currents in western thought – Romanticism, empiricism, imperialism, nationalism, communism – have helped to shape the British concept of the Balkans.
The volume will be of interest to those working in the area of European cross-cultural representation in the disciplines of Literary Studies, Cultural Studies, European Studies, Anthropology and History.
E-Book