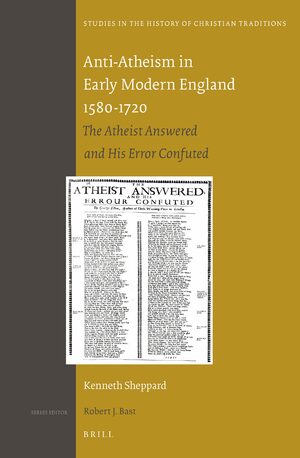 Anti-Atheism in Early Modern England 1580-1720
The Atheist Answered and His Error Confuted
Series: Studies in the History of Christian Traditions, Volume: 176
Author: Kenneth Sheppard
Atheists generated widespread anxieties between the Reformation and the Enlightenment. In response to such anxieties a distinct genre of religious apologetics emerged in England between 1580 and 1720. By examining the form and the content of the confutation of atheism, Anti-Atheism in Early Modern England demonstrates the prevalence of patterned assumptions and arguments about who an atheist was and what an atheist was supposed to believe, outlines and analyzes the major arguments against atheists, and traces the important changes and challenges to this apologetic discourse in the early Enlightenment.
E-Book