Clear All
Download Citations
Page:1234567891011 ...
Against Hybridism: Why We Need to Distinguish between Nature and Society, Now More than Ever
Author: Andreas Malm

absolutely indispensable for a more enlightened environmental theory and politics. But is that a reasonable belief? This essay argues to the contrary. It begins by defining the approach of hybridism, tracing it to its most illustrious proponent – Bruno Latour – and questioning its logic, before outlining a

, engagement in the digital part of this experience increases and the result is a generation of a true hybrid physical digital knowledge. Lehrer, Rikakis, Kelliher 2013: 48 The example above described is mostly utilitarian. But, technologies have created multifunctional platforms. For instance, technology 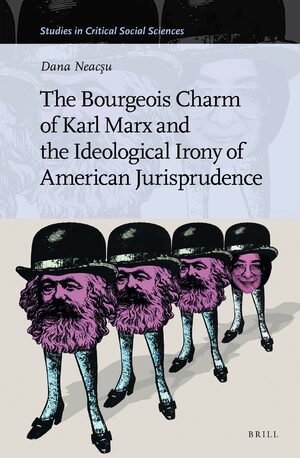 In: The Bourgeois Charm of Karl Marx & the Ideological Irony of American Jurisprudence

-and-take between a Prince and his People, thus ingrained in positive law. The Founding Fathers liked this hybrid perception of the law: its natural legitimation and its procedural positivism, ingrained in our checks in balances. 5 Jeremy Bentham’s Common Sense and Grotius’ Technocratic Approach to Law The last

In: The Bourgeois Charm of Karl Marx & the Ideological Irony of American Jurisprudence

root incompatibility, the most influential appropriations of Nietzsche’s work for left politics have not attempted such hybrid formations at all, but rather chosen to adopt his conservatism outright and use it instead to critique left politics as itself a form of slave morality. The most famous and 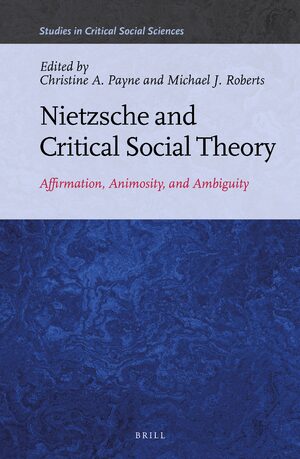 In: Nietzsche and Critical Social Theory

” ( 2015 : 440), and that “American culture (despite its stubborn social inequalities) might provide a promising context in which popular art (in some of its exciting new hybrid forms such as hip-hop) could indeed claim aesthetic validity and genuine artistic status” ( 2015 : 441). However, while Bourdieu

In: Nietzsche and Critical Social Theory 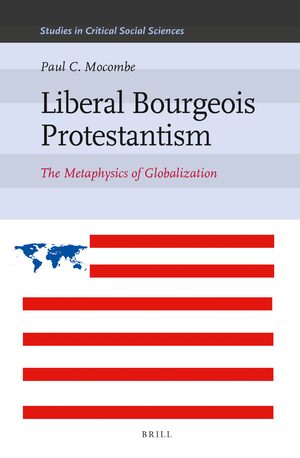 Liberal Bourgeois Protestantism
The Metaphysics of Globalization
Series: Studies in Critical Social Sciences, Volume: 41
Author: Paul C. Mocombe
Sociological theory regarding the contemporary (1970s to the present) phenomenon of globalization focuses either on convergence or hybridization.The former, convergence, highlights the ever-increasing homogenization of cultures and societies around the globe via socioeconomic rational forces. From this perspective globalization is tantamount to Westernization or Americanization of other cultures and societies via neoliberal economic, market, subjugation. The latter, hybridization, emphasizes heterogeneity, the mixture of cultural forms out of the integration of society via globalizing processes stemming from improvements in information technology, communications, mass media, etc. In this latter form, cultures and societies are not homogenized, but are cultural forms that are syncretized with liberal democratic Western capitalist rational organization. In this work, Mocombe synthesizes the two positions by suggesting that globalization under American hegemony are the same process, convergence, and that the only alternative to this thesis of convergence is Samuel P. Huntington’s (1996) differential hypothesis in which a clash of civilization are the result of eight intransigent cultural frameworks—Sinic, Japan, Hindu, Islamic, Orthodox, Western Europe, North America, and Africa—that dominate the globe. Refutating Huntington’s thesis, Mocombe suggests there are really only two opposing counter-hegemonic forces to the convergence towards Westernization or Americanization: the earth itself and Islamic Fundamentalist movements.
E-Book

poststructuralist notions of 'hybridity', 'difference', 'resistance', and 'unftxity', San Juan places the concrete analyses of socio-historical events in Guatemala and the Philippines. In addition, he has some insightful pages on Gramsci and C.L.R. James that help clarify much of the confusion in postcolonialist

combatting’ (pp. 45–6). Traverso’s response to the divide between history and memory (Lukács’s ‘dangerous chasm of the present’) is to propose terms for a new partnership: memory, in the ‘hybrid’ form of autobiography is permitted ‘to revisit history’ by underscoring its blind spots and its ‘hasty

authors, the multitude is postnational, diasporic, hybrid, and multiple because it is a formation of subjectivity immanent to Empire’s (read: global capitalism’s) de-territorialisation of labour. On the contrary, Beverley suggests that the subaltern subject affirms ‘forms of cultural and psychic