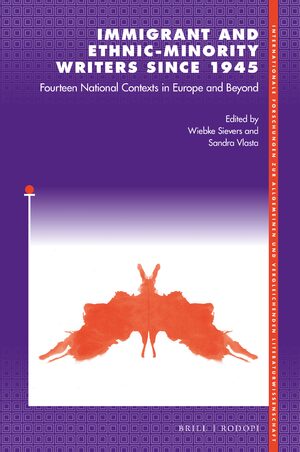 Immigrant and Ethnic-Minority Writers since 1945
Fourteen National Contexts in Europe and Beyond
Series: Internationale Forschungen zur Allgemeinen und Vergleichenden Literaturwissenschaft Online, Volume: 196and Internationale Forschungen zur Allgemeinen und Vergleichenden Literaturwissenschaft, Volume: 196
Editors: Wiebke Sievers and Sandra Vlasta
This study analyses how immigrant and ethnic-minority writers have challenged the understanding of certain national literatures and have markedly changed them. In other national contexts, ideologies and institutions have contained the challenge these writers pose to national literatures. Case studies of the emergence and recognition of immigrant and ethnic-minority writing come from fourteen national contexts. These include classical immigration countries, such as Canada and the United States, countries where immigration accelerated and entered public debate after World War II, such as the United Kingdom, France and Germany, as well as countries rarely discussed in this context, such as Brazil and Japan. Finally, this study uses these individual analyses to discuss this writing as an international phenomenon.