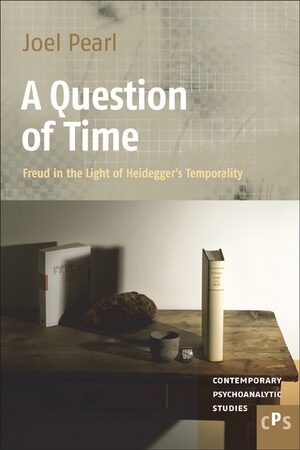 A Question of Time
Freud in the Light of Heidegger’s Temporality
Series: Contemporary Psychoanalytic Studies Online, Volume: 19and Contemporary Psychoanalytic Studies, Volume: 19
Author: Joel Pearl
In A Question of Time, Joel Pearl offers a new reading of the foundations of psychoanalytic thought, indicating the presence of an essential lacuna that has been integral to psychoanalysis since its inception. Pearl returns to the moment in which psychoanalysis was born, demonstrating how Freud had overlooked one of the most principal issues pertinent to his method: the question of time. The book shows that it is no coincidence that Freud had never methodically and thoroughly discussed time and that the metaphysical assumption of linear time lies at the very heart of Freudian psychoanalysis. Pearl’s critical reading of Freud develops through an original dialogue that he creates with the philosophy of Martin Heidegger and, specifically, with the German philosopher’s notion of temporality. Pearl traces the encounter between Freud and Heidegger by observing the common inspiration shaping their thinking: philosopher Franz Brentano, who taught both Freud and Edmund Husserl, Heidegger’s mentor. The book travels down an alternate path, one overlooked by Freudian thought – a path leading from Brentano, through Husserl and onto Heidegger’s notion of time, which is founded on the ecstatic’ interrelation of past, present and future.
E-Book