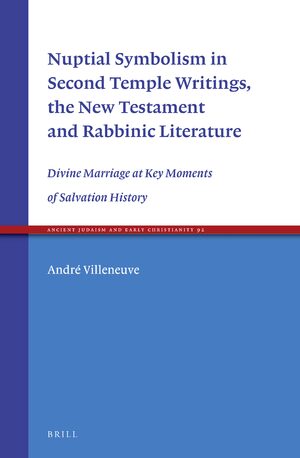 The authors of the New Testament adopted the same key moments of salvation history to describe the spousal relationship between Christ and the Church. In their typological treatment of these motifs, they established an exegetical framework that would anticipate the four senses of Scripture later adopted by patristic and medieval commentators. 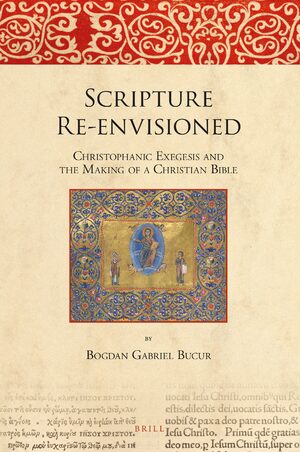 Scripture Re-envisioned: Christophanic Exegesis and the Making of a Christian Bible
Series: The Bible in Ancient Christianity, Volume: 13
Author: Bogdan Gabriel Bucur
Scripture Re-envisioned discusses the christological exegesis of biblical theophanies and argues its crucial importance for the appropriation of the Hebrew Bible as the Christian Old Testament. The Emmaus episode in Luke 24 and its history of interpretation serve as the methodological and hermeneutical prolegomenon to the early Christian exegesis of theophanies. Subsequent chapters discuss the reception history of Genesis 18; Exodus 3 and 33; Psalm 98/99 and 131/132; Isaiah 6; Habakkuk 3:2 (LXX); Daniel 3 and 7. Bucur shows that the earliest, most widespread and enduring reading of these biblical texts, namely their interpretation as "christophanies"— manifestations of the Logos-to-be-incarnate—constitutes a robust and versatile exegetical tradition, which lent itself to doctrinal reflection, apologetics, polemics, liturgical anamnesis and doxology
E-Book 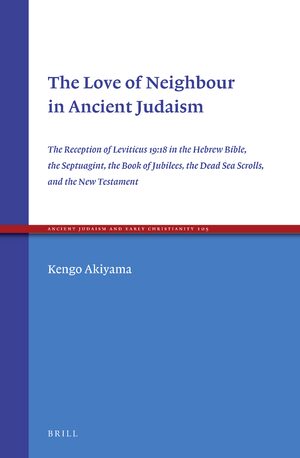 The Love of Neighbour in Ancient Judaism
The Reception of Leviticus 19:18 in the Hebrew Bible, the Septuagint, the Book of Jubilees, the Dead Sea Scrolls, and the New Testament
Series: Ancient Judaism and Early Christianity, Volume: 105
Author: Kengo Akiyama
In The Love of Neighbour in Ancient Judaism, Kengo Akiyama traces the development of the mainstay of early Jewish and Christian ethics: "Love your neighbour." Akiyama examines several Second Temple Jewish texts in great detail and demonstrates a diverse range of uses and applications that opposes a simplistic and evolutionary trajectory often associated with the development of the "greatest commandment" tradition. The monograph presents surprisingly complex interpretative developments in Second Temple Judaism uncovering just how early interpreters grappled with the questions of what it means to love and who should be considered as their neighbour.
E-Book