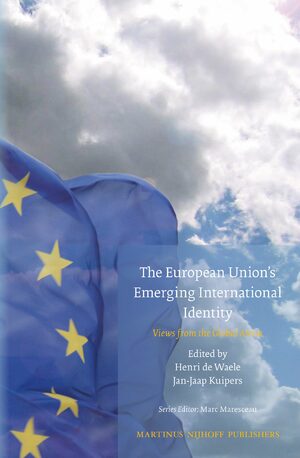 The European Union's Emerging International Identity
Views from the Global Arena
Series: Studies in EU External Relations, Volume: 6
Editors: Henri de Waele and Jan-Jaap Kuipers
The European Union officially acquired international legal personality with the entry into force of the Lisbon Treaty. Since then, the constitutional foundations of EU external relations have received an ever-greater amount of scholarly attention. So far however, the body of knowledge has remained limited with regard to how the Union is actually being perceived on the global scene. Moreover, its dealings with other international organizations constitute a similar, still underexplored topic. The European Union's Emerging International Identity breaks new ground by addressing both these themes in combination. The resulting volume offers an innovative inquiry into the EU’s image and status, based on a select number of studies of its position and functioning within the framework of eight international organizations.