Clear All
Download Citations
The Maroon and the Creole as Narrative Tropes
Author: Ineke Phaf-Rheinberger 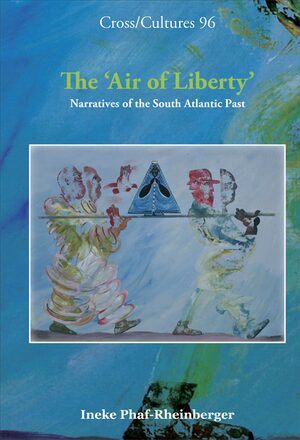 In: The ‘Air of Liberty’

The ‘Air of Liberty’
Narratives of the South Atlantic Past
Series: Cross/Cultures, Volume: 96
Author: Ineke Phaf-Rheinberger
The Caribbean imagination as framed within a Dutch historical setting has deep Portuguese-African roots. The Seven Provinces were the first European power, in the first half of the 17th century, to challenge the Iberian countries directly for a share in the slave trade. This book analyzes the philosophy underlying this transoceanic link, when contacts with Africa started to be developed.
The ambiguous morality of the ‘air of liberty’ governing the Afro-Portuguese past had its impact on the creole cultures (white, black, Jewish) of the Dutch territories of Suriname and Curaçao. Although this influence is gradually disappearing, it is astonishing to witness the engagement with which writers and visual artists have interpreted this heritage in their different ways. Recent narratives from Angola and Brazil offer an appropriate starting-point for an examination of strategies of self-representation and national consolidation in works by authors from the Dutch Caribbean. In order to reveal this complex historical pattern, the (formerly) Dutch-related port communities are conceived of as cultural agents whose ‘lettered cities’ (Ángel Rama) have engaged in critical dialogue with the heritage of the South Atlantic trade in human lives.
Artists and writers discussed include (colonial period): Caspar Barlaeus, David Nassy, Frans Post, and John Gabriel Stedman; (modern period): Frank Martinus Arion, Cola Debrot, Gabriel García Márquez, Albert Helman, Francisco Herrera Luque, Boeli van Leeuwen, Tip Marugg, Alberto Mussa, Pepetela, Julio Perrenal, and Mário Pinto de Andrade.
E-Book