, and its renewal (403/402 B.C.) decided that only a child whose both parents were Athenian citizens could become a citizen itself 13 . Moreover, women played various roles in the worship of the Athenian polis . They were priestesses of both goddesses and gods, they took part in the most important

importance of giving birth to a son, and the corresponding wish not to have daughters, is illustrated by blessings offered on the wedding day, such as “May you be the mother of a hundred sons” in Sanskrit, 25 and “Congratulations and may you have many sons” in Italian. 26 The following hymn dating back to 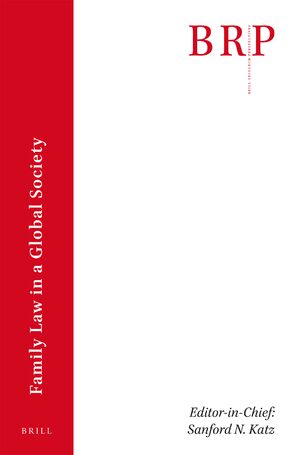 In: Brill Research Perspectives in Family Law in a Global Society

The Decline of Manus-Marriage in Rome
Author: Susan E. Looper-Friedman

illegitimate, having no legal connec- tion to its father's family. The child would be considered a 'natural' child with its mother being its only legal parent. Further, it would have no agnatic ties with its brothers or sisters, who, having been born later, after the first year of cohabi- tation, would be

Breach of Treaties in the Ancient Near East
Author: Gábor Sulyok

investigation. The promissory oath sworn by the gods and goddesses of either or both parties, among others, expressed consent to be bound by the treaty, brought about the entry into force of the treaty, and placed the treaty under divine supervision. The specific methods of treaty-making changed with region 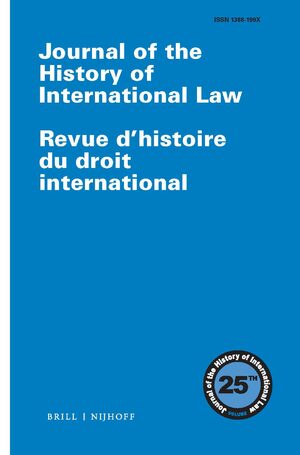 Tracing the Earliest Recorded Concepts of International Law. (4) The Near East in the Late Bronze Age (1600-1200 BCE)
Author: Amnon Altman

the children dependent on their mothers. According to their sex, age and skills, the deportees were allocated to construction projects, farming of large agricultural estates, and very likely to traditional workshops of handicrafts, such as weaving, where women and young boys were generally employed

relations would continue to be so: "We became friendly again ... 'As of one father and mother you have be- come' ... I planned to go to his country, we were to eat each other's bread! Now, your lord has died. As I was on friendly terms with your lord, so will I be with him (i.e. the new king). Support him

study to reconcile things essentially [kat'ousian] differing such as are 'necessary' and 'free' (for liberty is the mother of contingency). That indeed seems to me most true, especially if we speak of the ordinary way of divine providence: 'In whatever manner God moves our wills, yet the will retains