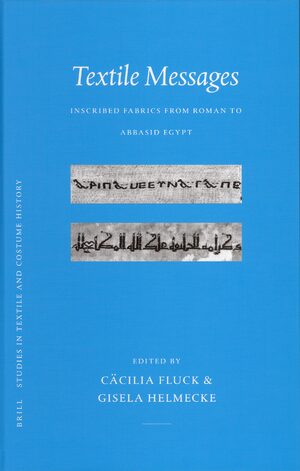 Textile Messages
Inscribed Fabrics from Roman to Abbasid Egypt
Series: Studies in Textile and Costume History, Volume: 4
Editors: Cäcilia Fluck and Gisela Helmecke
The practice to supply textiles with inscriptions is well known in Egypt from Pharaonic times onwards. Nevertheless systematic studies on inscribed fabrics have been neglected until the middle of the 1990s when they almost simultaneously caught the interest of various scholars. This richly illustrated volume is a first compilation of what is known on the subject so far. It concentrates on textiles of the first millennium AD, a period of changing cultures, religions and languages in Egypt, mirrored by the Greek, Coptic and Arabic inscriptions on the fabrics. The emphasis lies on the historical, linguistic, sociological and artistic aspects of these textiles. Numerous fabrics from international collections are introduced. Further articles deal with the radiocarbon dating and technical aspects.
Hardback

Studies in Textile and Costume History
Editor: Vogelsang-Eastwood
Textiles are among the oldest artifacts produced by Man. Even during prehistoric times the production of cloth involved large groups of people, and textiles were an important object of international trade, often over distances spanning over thousands of miles.Textiles and costume have throughout history expressed social function and status and inspired the highest forms of artistic expression. It was the development of dyes that constituted the beginnings of modern chemistry.
The Studies in Textile and Costume History are concerned with every aspect of textile and costume, no matter what age or geographical location. Subjects include: raw materials; dyes; nonwoven materials such as leather and felt; production techniques, from the raw material to weaving, sewing et cetera; design, fashion, art historical aspects;the uses of textiles and their rôle in society; trade;archaeology, and social and economic history of the craft; terminology.
The series includes monographs on substantial subjects, thematic collections of articles, handbooks, text editions, and translations.
The Volumes contribute to scholarly research. Their accessibility is enhanced by a proper organization of the contents and, wherever appropriate, by indexes.They include introductions placing the subjects in the context of pertinent developments of the time, and of current research. Text editions are as a rule accompanied by a translation on facing pages; translations are fully annotated; the introductions to both text editions and translations include full evaluations of the text concerned.
The Volumes are in English, occasionally in German or French. 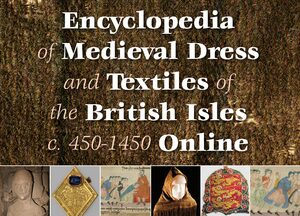 Encyclopedia of Medieval Dress and Textiles Online
The Encyclopedia of Medieval Dress and Textiles of the British Isles c. 450-1450 is a unique work that intends to bring together in 582 signed articles the latest research from across the range of disciplines which contribute to our knowledge of medieval dress and textiles.
There has been a long-standing interest in the subject, which has recently manifested itself in a flowering of research and publications, including activities by the editors of the Encyclopedia: the foundation of DISTAFF (Discussion, Interpretation and Study of Textile Arts, Fabrics and Fashion) as an umbrella organization for the presentation of papers at the major medieval congresses in Kalamazoo and Leeds (Netherton and Owen-Crocker); the establishment of the annual journal Medieval Clothing and Textiles (Netherton and Owen-Crocker); the Manchester Medieval Textiles Project (Coatsworth and Owen-Crocker); and the AHRC Lexis of Cloth and Clothing Project (Owen-Crocker and Sylvester).
There is a clear need for an interdisciplinary reference work which will introduce readers to various sources of evidence, and give clear information about the most recent discoveries and interpretations and bibliographical guidance to readers. The Encyclopedia of Medieval Dress and Textiles of the British Isles c. 450-1450 contains also over 100 plates and diagrams to illustrate the text.
Online

INDIC IMPETUS? INNOVATIONS IN TEXTILE USAGE IN ANGKORIAN PERIOD CAMBODIA BY GILLIAN GREEN (Paddington, Australia) Abstract Detailed analysis of Khmer costumes and textiles on sculpted images of the Angkorian period reveals a wealth of styles and usages. Vocabulary from contemporaneous

Army which meant that there are several examples of successful textile businesses created or continued in Britain by refugees whose family background was in this trade, providing them with expertise and knowledge which stood them in good stead on emigration. One such was Tibor Reich (1916–1996) (see 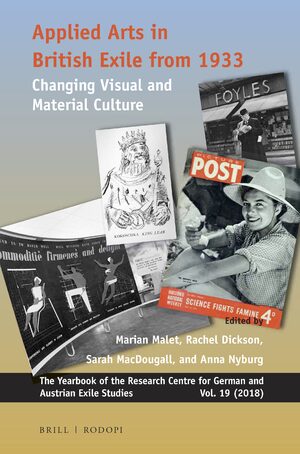 These textiles comprise three objects, named according to vellum labels in Gothic script attached to them when rediscovered in the 19th century. They are: (1) the so-called casula attributed to saints Harlindis and Relindis, a composite object in its present form made from a number of early

The term 'archaeological textile' embraces a wide range of fibrous products recovered from the earth or from submerged sites such as shipwrecks. Although 'textile' in its strictest sense means 'something woven', its meaning is usually extended to include non-woven goods such as felt, knitting and 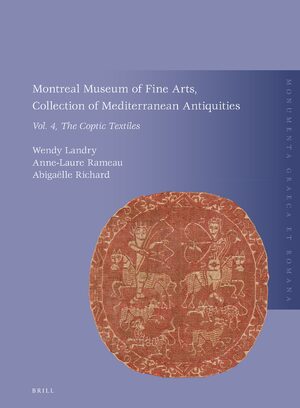 Montreal Museum of Fine Arts, Collection of Mediterranean Antiquities, Vol. 4: The Coptic Textiles
Series: Monumenta Graeca et Romana, Volume: 24
Editors: John M. Fossey and Beaudoin Caron
Authors: Wendy Landry, Rameau Anne-Laure and Richard Abigaëlle
This catalogue of the Coptic Textiles in the Collection of Mediterranean Antiquities at the Montreal Museum of Fine Arts provides a detailed analysis of 64 textiles from both historical and weaving practice points of view. This approach provides a fuller understanding of the cultural situation in which such textiles were produced and circulated. Dr. Landry’s experience of over 40 years of weaving and scholarship highlights the elements of knowledge and skill held and applied by weavers in Antiquity. This perspective complements and expands on the focus on imagery usually provided by art historians regarding textiles of this period. This catalogue shows how much more cultural information can be accessed when the technical, economic, and practical character of both production and use are adequately integrated into the study of material artefacts.
E-Book