reciprocity is fundamental to the theological underpinnings of Greek popular religion. 1 For example, Simon Pulleyn, in his influential study Prayer in Greek Religion ( 1997 ), explored the structure of prayers in Greek literature. Recognizing a do-ut-des ‘I give, so that you will give’ format in many

As a product of the polytheism of pagan antiquity, Greek religion had no concept of a transcendent God or of an omnipotent Creator and Ruler of the world. Its pantheon is a hierarchically and, in part, genealogically integrated system of immanent, functionally limited deities of various types who

In: The Encyclopedia of Christianity Online 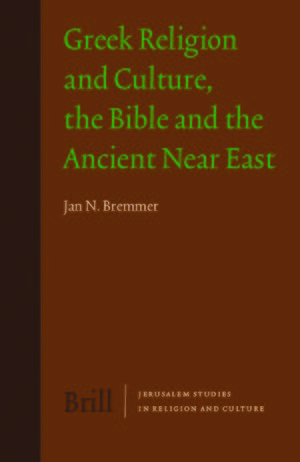 Greek Religion and Culture, the Bible and the Ancient Near East
Series: Jerusalem Studies in Religion and Culture, Volume: 8
Author: Jan Bremmer
In the last decades there has been an increasing interest in the relationship between Greek religion & culture and the Ancient Near East. This challenging book contributes greatly to this interest by studying the Near Eastern background of important Greek myths, such as those of the creation of the world and the first woman, the Flood, the Golden Fleece, the Titans and travelling seers, but also of the births of Attis and Asclepius as well as the origins of the terms ‘paradise’ and ‘magic’. It also shows that, in turn, Greek literature influenced Jewish stories of divine epiphanies and that the Greek scapegoat myths and rituals contributed to the central Christian notion of atonement.
E-Book (PDF)

the patron of girls and women and ﬁnally as the leader of nymphs, about whose shrine situated in the Chersonesos acropolis Pomponius Mela informs us (II, 3). Keywords Northern Black Sea Region, Antiquity, Greek religion, cult, Chersonesos Taurike. In 1988 a fragment from the rim of a deep red 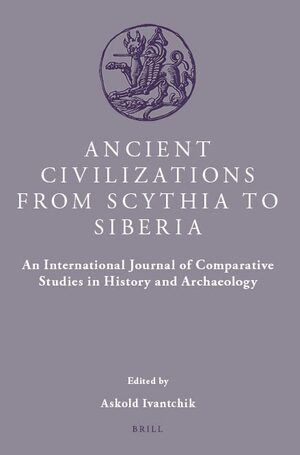 76 F 13 = Le G.-P. no. 58) dating from the 5th to the 3rd cent. B.C. and bearing on all aspects of Greek religion. Each text is presented with a commentary and a concise bibliography. Several indices based on the translations conclude the volume. The texts translated are those of LSCG, LSCG Suppl

In: Religion Past and Present Online
Greek Religion and Philosophy in the Sisyphus Fragment
Author: Charles Kahn

Greek Religion and Philosophy in the Sisyphus Fragment CHARLES H. KAHN The Sisyphus fragment (DK 88B.25) consists of 42 iambic trimeters cited by Sextus Empiricus as an expression of the atheistic views of the tyrant Critias. 1 Sextus does not mention the name Sisyphus, but another citation (in

K. Myth and Cult. The Iconography of the Eleusinian Mysteries The Martin P. Nilsson Lectures on Greek Religion, delivered 19-21 November 1990 at the Swedish Institute at Athens 1992 Stockholm Clinton K. Palagia O. The Boy in the Great Eleusinian Relief AM 2003