observational data to investigate if adult males associate more frequently and behave less aggressively with females that carry their offspring. Furthermore, we use grooming and play behaviour to establish whether adult males and youngsters show preferences for kin versus non-kin. We found that, adult males did

Wang Guowei and the Establishment of Chinese Drama in the Modern Canon of Classical Literature
Author: Regina Llamas

the process by which Wang Guowei placed Chinese dramatic history into the modern Chinese literary canon. It explores how Wang formed his ideas on literature, drawing on Western aesthetics to explain, through the notions of leisure and play, the impetus for art creation, and on the Chinese notions of

significantly different between pups of both sexes, even though their activ- ity differs remarkably as adults. Prolonged solicitation periods of S. bilineata pups might be comparable to mammalian play and potentially function as practice for adult courtship behaviours. Keywords : behavioural ontogeny, maternal 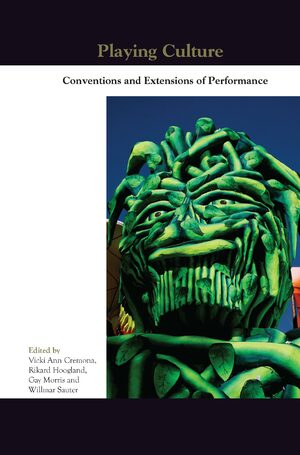 Playing Culture
Conventions and Extensions of Performance
Series: Themes in Theatre, Volume: 8
Editors: Vicki Ann Cremona, Rikard Hoogland, Gay Morris and Willmar Sauter
Playing Culture represents one of the corner stones in the model of the Theatrical Event, as developed by the Working Group of the International Federation for Theatre Research (IFTR). In this volume, thirteen scholars contribute to illuminate the significance and possibilities of playing within the framework of theatrical events. Playing is understood as an essential part of theatrical communication, from acting on stage to events far from theatre buildings. The playfulness characterizing academic traditions sets the tone in the introduction, illustrating the four sections of the book: Theories, Expansions, Politics and Conventions. The theoretical chapters depart from the classical Homo Ludens and offer a number of new perspectives on what play and playing implies in today’s mediatized culture. The contributions to the second section on extensions, deal with playing in non-theatrical circumstances such as market places, passports and stock holders’ meetings. The third section on the politics of playing focuses on wood-chopping women, saints and youngsters in South African townships – all demonstrating their social and political ambitions and purposes. The last section returns to the stage on which performers intend to represent, respectively, themselves, Bunraku puppets or the audience. Playing appears in many forms and in many places and constitutes a basic principle of theatre and performance. This book touches upon important theoretical implications of playing and offers a wide range of historical and contemporary examples.
Playing Culture – Conventions and Extensions of Performance is the third book of the IFTR Working Group on The Theatrical Event. The first volume, entitled Theatrical Events – Borders Dynamics Frames was published in 2004, followed by Festivalising! Theatrical Events, Politics and Culture in 2007. The present volume continues to expand the vision of the Theatrical Event as a theory and model for the study of playing, theatre, performance and mediated events.
E-Book 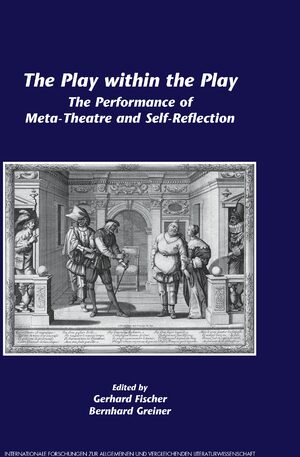 The Play within the Play
The Performance of Meta-Theatre and Self-Reflection
Series: Internationale Forschungen zur Allgemeinen und Vergleichenden Literaturwissenschaft Online, Volume: 112and Internationale Forschungen zur Allgemeinen und Vergleichenden Literaturwissenschaft, Volume: 112
Editors: Gerhard Fischer and Bernhard Greiner
The thirty chapters of this innovative international study are all devoted to the topic of the play within the play. The authors explore the wide range of aesthetic, literary-theoretical and philosophical issues associated with this rhetorical device, not only in terms of its original meta-theatrical setting – from the baroque idea of a theatrum mundi onward to contemporary examples of postmodern self-referential dramaturgy – but also with regard to a variety of different generic applications, e.g. in narrative fiction, musical theatre and film. The authors, internationally recognized specialists in their respective fields, draw on recent debates in such areas as postcolonial studies, game and systems theories, media and performance studies, to analyze the specific qualities and characteristics of the play within the play: as ultimate affirmation of the ‘self’ (the ‘Hamlet paradigm’), as a self-reflective agency of meta-theatrical discourse, and as a vehicle of intermedial and intercultural transformation. The challenging study, with its underlying premise of play as a key feature of cultural anthropology and human creativity, breaks new ground by placing the play within the play at the centre of a number of intersecting scholarly discourses on areas of topical concern to scholars in the humanities.
E-Book