The Matrioshka Principle and How it was Overcome: Portuguese and Habsburg Imperial Attitudes in Sri Lanka and the Responses of the Rulers of Kotte (1506-1598)
Author: Zoltán Biedermann 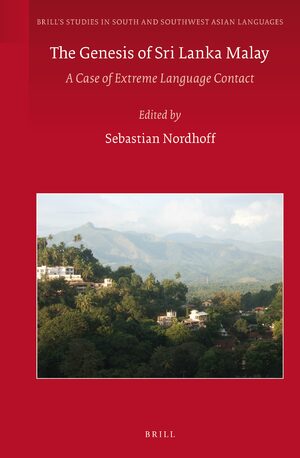 EUR  €123.00USD  $160.00
'Damned if You Do, and Damned if You Don't': Nordic Involvement and Images of Third-Party Neutrality in Sri Lanka
Authors: Isak Svensson and Kristine Höglund

Suicide and Internal Migration in Sri Lanka ROBERT N. KEARNEY* Syracuse University, Syracuse, U.S.A. and BARBARA D. MILLER Cornell University, Ithaca, U.S.A. ABSTRACT This paper examines the rise of suicide rates in Sri Lanka in recent decades and suggests that much of the increase is

Problematic Identities in Women's Fiction of the Sri Lankan Diaspora
Series:  Cross/Cultures, Volume: 180
Author: Alexandra Watkins
Women novelists of the Sri Lankan diaspora make a significant contribution to the field of South Asian postcolonial studies. Their writing is critical and subversive, particularly concerned as it is with the problematic of identity. This book engages in insightful readings of nine novels by women writers of the Sri Lankan diaspora: Michelle de Kretser’s The Hamilton Case (2003); Yasmine Gooneratne’s A Change of Skies (1991), The Pleasures of Conquest (1996), and The Sweet and Simple Kind (2006); Chandani Lokugé’s If the Moon Smiled (2000) and Turtle Nest (2003); Karen Roberts’s July (2001); Roma Tearne’s Mosquito (2007); and V.V. Ganeshananthan’s Love Marriage (2008). These texts are set in Sri Lanka but also in contemporary Australia, England, Italy, Canada, and North America. They depict British colonialism, the Tamil–Sinhalese conflict, neocolonial touristic predation, and the double-consciousness of diaspora. Despite these different settings and preoccupations, however, this body of work reveals a consistent and vital concern with identity, as notably gendered and expressed through resonant images of mourning, melancholia, and other forms of psychic disturbance. This is a groundbreaking study of a neglected but powerful body of postcolonial fiction.

“This is an excellent study that I believe makes a significant and timely contribution to the fields of postcolonial literature, Sri Lankan anglophone literature, diasporic literature, women’s studies, and world literature. It was a stimulating and thought-provoking read.” Dr Maryse Jayasuriya, The University of Texas at El Paso.
E-Book (PDF)