considerable insight into the early evolution of this fascinating group of insects ( Andersen 1982; Damgaard 2008a ). Fig. 1. Phylogeny of Gerromorpha based on a simultaneous parsimony analysis of 64 morphological characters and 2.5 kb of DNA sequence data (COI + II, 16S rRNA, 28S rRNA) (after Damgaard

the standard behavioral objection about parsimony (Section 3). Concerning the latter, I argue that actual experimental settings inherit limited epistemic access to the cognitive processes themselves. By testing only for success in certain tasks, such experimental designs prevent that differences

Phenotypic characters are essential to study the evolution of extant and extinct life forms and to reconstruct the tree of life. Inside the cladistics theory, parsimony is used by a large majority of systematists working on phenotypic characters, whereas 3ta is much less widespread but has triggered important debates. Many important differences in the interpretation of the cladistic theory exist between these methods, e.g. meaning and treatment of reversals, character representation as ‘data-matrices’ in parsimony (ordered and unordered), and as rooted trees (hierarchies) in 3ta. Although 3ta has received severe criticism, mostly focused in the use of software intended to be used in parsimony, only a few empirical studies have compared these methods so far. We present the results of simulations of the evolution of phenotypic traits under a Brownian motion model to characterize differences in sensitivity between parsimony and 3ta to (1) outgroup branch length, which affects the reliability of ancestral character state estimates, (2) character state ordering scheme, and (3) ingroup branch lengths that reflect the geological age of studied taxa. Our results show that the ‘nihilistic’ attitude of leaving multistate characters unordered when criteria to order are available (e.g. , similarity, ontogeny, etc…) can decrease resolving power of the method (by 13.4% to 29.3%) and increase the occurrence of artefactual clades (by 5% to 15.6%). Increasing outgroup branch length significantly decreases resolving power and increases artefactual resolution, at least for paleontological trees. All simulations show that ordered parsimony is always superior to 3ta in tested parameter space. These results depend on the assumption in parsimony that reversals (as implied by the Brownian motion, as in most other models) can be evidence for the support of a clade a posteriori from an analysis or a priori on simulations with a known pattern. We discuss implications of these points of view compared to the assumption inherent in 3ta (i.e. , that reversals should not support a clade as other synapomorphies do) on evolutionary models.

The analysis of consecutive ontogenetic stages, or events, introduces a new class of data to phylogenetic systematics that are distinctly different from traditional morphological characters and molecular sequence data. Ontogenetic event sequences are distinguished by varying degrees of both a collective and linear type of dependence and, therefore, violate the criterion of character independence. We applied different methods of phylogenetic reconstruction to ontogenetic data including maximum parsimony and distance (cluster) analyses. Two different data sets were investigated: (1) four simulated ontogenies with defined phylogenies of six hypothetical taxa, and (2) a set of “real” data comprising sequences of 29 ontogenetic events from 11 vertebrate taxa. We confirm that heterochronic event sequences do contain a phylogenetic signal. However, based on our results we argue that maximum parsimony is a biased method to analyze such developmental sequence data. Ontogenetic events require a special analytical algorithm that would not neglect instances of chronological (horizontal) dependence of this type of data. One coding method, “event-pairing”, appeared to fulfill this requirement in the vertebrate analyses. However, to accurately analyze ontogenetic sequence data, a more sophisticated coding method and algorithm are needed, for example, measuring distances of dependent events.

Simulation-based and experimental studies are crucial to produce factual arguments to solve theoretical and methodological debates in phylogenetics. However, despite the large number of works that tested the relative efficiency of phylogenetic methods with various evolutionary models, the capacity of methods to manage various sources of error and homoplasy has almost never been studied. By applying ordered and unordered methods to datasets with iterative addition of errors in the ordering scheme, we show that unordered coding in parsimony is not a more cautious option. A second debate concerns how to handle reversals, especially when they are regarded as possible synapomorphies. By comparing analyses of reversible and irreversible characters, we show empirically that three-taxon analysis (3ta) manages reversals better than parsimony. For Brownian motion data, we highlight that 3ta is also more efficient than parsimony in managing random errors, which might result from taphonomic problems or any homoplasy generating events that do not follow the dichotomy reversal/ convergence, such as lateral gene transfer. We show parsimony to be more efficient with numerous character states (more than four), and 3ta to be more efficient with binary characters, both methods being equally efficient with four states per character. We finally compare methods using two empirical cases of known evolution.

Soil-dwelling polychaetes: enigmatic as ever? Some hints on their phylogenetic relationships as suggested by a maximum parsimony analysis of 18S rRNA gene sequences
Authors: Emilia Rota, Patrick Martin and Christer Erséus

To re-evaluate the various hypotheses on the systematic position of Parergodrilus heideri Reisinger, 1925 and Hrabeiella periglandulata Pizl & Chalupský, 1984, the sole truly terrestrial non-clitellate annelids known to date, their phylogenetic relationships were investigated using a data set of new 18S rDNA sequences of these and other five relevant annelid taxa, including an unknown species of Ctenodrilidae, as well as homologous sequences already available for 18 polychaetes, one aphanoneuran, 11 clitellates, two pogonophorans, one echiuran, one sipunculan, three molluscs and two arthropods. Two different alignments were constructed, according to an algorithmic method (Clustal W) and on the basis of a secondary structure model (DCSE), A maximum parsimony analysis was performed with arthropods as an unambiguous outgroup. With both alignments, the resulting topology confirms the validity of grouping P. heideri and Stygocapitella subterranean Knöllner, 1934 into the family Parergodrilidae. Hrabeiella periglandulata never clusters with them and its position relative to this and other polychaete families is still obscure, but a close relationship with aphanoneurans is suggested by the most parsimonious trees. All these taxa appear to be far from the Clitellata. Most relationships among polychaetes are not supported by significant bootstrap and Bremer values. These polytomies are corroborated by independent evidence and are interpreted as resulting from an ancient emergence and a rapid radiation of Polychaeta.

Universality of Human Rights and the Need for Parsimony
Author: Jean-Pierre Wils 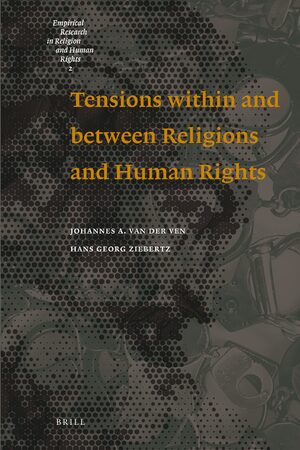 In: Tensions within and between Religions and Human Rights 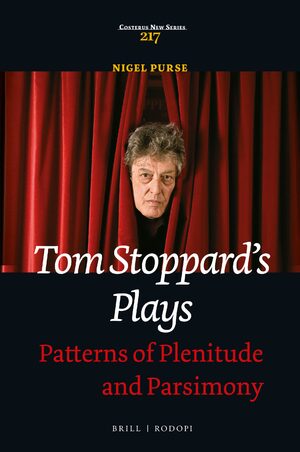 Tom Stoppard’s Plays
Patterns of Plenitude and Parsimony
Series: Costerus New Series Online, Volume: 217and Costerus New Series, Volume: 217
Author: Nigel Purse
In Tom Stoppard’s Plays: Patterns of Plenitude and Parsimony Nigel Purse assesses the complete canon of Tom Stoppard’s works on a thematic basis. He explains that, amongst the plenitude of chaotic comedy, wordplay and intellectual ping-pong of Stoppard’s plays, the principle of parsimony that is Occam’s razor lies at the heart of his works. He identifies key patterns in theme – ethics and duality - and method – Stoppard’s stage debates and his dramatic vehicles - as well as in theatrical devices.

Quoting extensively from all Stoppard’s published works, many of his interviews and also unpublished material Nigel Purse arrives at a comprehensive and unique appraisal of Stoppard’s plays.

. This analysis was con- ducted using 71 characters, 58 of them morphological characters derived from 66 species, and 13 of them cytological characters from 11 species. We conducted two analyses under linear parsimony and implied weights. To define the best concavity value we used the frequency index