. The defect is more easily seen than classified. What’s clear is that it is not a matter of invalidity or unsoundness. We shall explore several ways of classifying the defect. According to one classification, CA is question-begging . According to another, CA exhibits transmission failure . According

them and to appropriate courses of experience, we do possess a perceptual justification for many ordinary empirical beliefs. 5 Closure and Transmission Failure A number of important consequences follow from such a general picture. For example, it follows that the principle of closure for

8 Abrupt Transmission Failure in Obsolescing Languages: How Sudden the ‘Tip’ to the Dominant Language in Communities and Families? (1986)
Author: Nancy C. Dorian 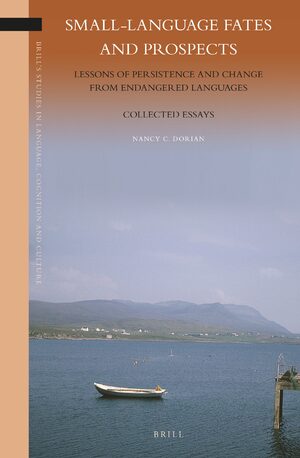 In: Small-Language Fates and Prospects

medical doctor. Thus, rather than see- ing Wang as an epitome of “transmission failure,” this paper offers it as a showcase for * Department of History; Southern Illinois University Carbondale; 3374 Faner Hall; Mailcode 4519; Carbondale, IL 62901 (USA); zhang@siu.edu. This paper was origi- nally written

)-reasoning: by recognising the entailment from (1) to (3) the dogmatist is in a position to ground a belief in (3) on the very warrant that grounds his belief in (1). If there is (or need be) no transmission failure in a piece of (1)-(3) reasoning, the dogmatist must explore other avenues for finding error in

not speak it to their children, and adults below forty are not fluent in Punan Tuvu’. With such a transmission failure the language is clearly endangered, and a prime motivation behind the publication is the local need for revitalizing resources. Soriente’s general description of the language (pp

. More on this later. 12 Davies (2009) uses notions of defeat and transmission failure to explain how suppositional doubt can limit the rational deployment of warrant (in (EK)-reasoning, with respect to both (1) and (3) ). Rather than explore this explanation further, I leave the explanandum

of the Proof that have drawn much attention recently. There is Crispin Wright’s (2007) diagnosis, according to which Moore’s Proof suffers from what Wright calls transmission failure; on Wright’s view, you could accept the conclusion by deducing it from the premises only if you already had the