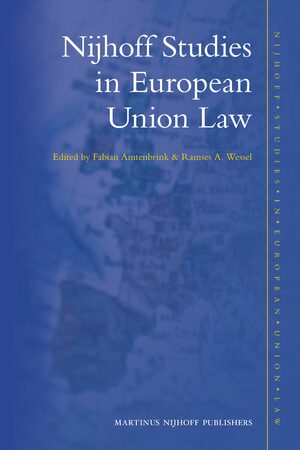 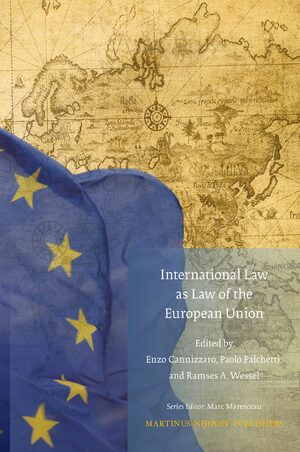 International Law as Law of the European Union thus forms an essential guide for academics, students and practitioners interested in the impact of new case law and conceptual thinking on the relationship between EU and international law. 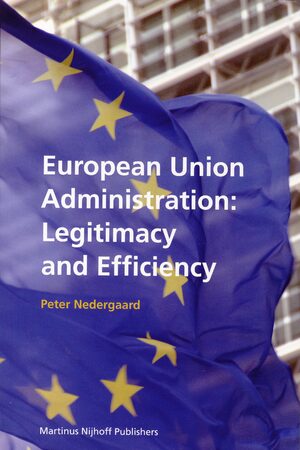 Immigration and Asylum Law and Policy of the European Union
Author: Kay Hailbronner
The harmonization of the different European legal systems has reached the field of asylum and immigration policy. The Maastricht Treaty has established the legal basis for a common migration policy. Numerous resolutions, recommendations, joint positions and actions were adopted by the EU Council based on the `third pillar' in the Maastricht Treaty. Within the `first pillar' the European Community has enacted regulations on visa policy based on Art. 100c EC - Treaty. Additionally, several agreements with third countries on immigration issues were set into force.
Immigration and Asylum Law and Policy of the European Union comprehensively describes the present state of the harmonization process concerning migration policy in the European Union. Particular emphasis is laid on the legal status of third-country nationals with regard to entry and residence. Furthermore, the gaps within EU regulations are evaluated in an attempt to search for a homogenous European migration policy.
Hardback

legal background to access to interpreting services in healthcare. It will consider law from the United Nations, the Council of Europe and the European Union in order to establish if there is a right to an interpreter. First, however, we will discuss research on interpreter provision. 2. The Need 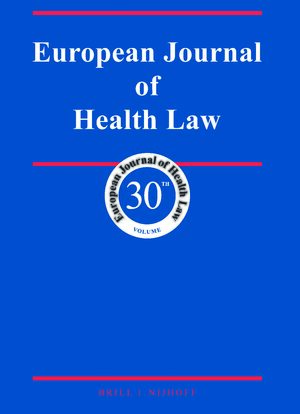 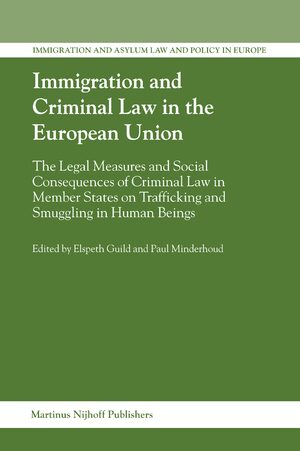 Immigration and Criminal Law in the European Union
The Legal Measures and Social Consequences of Criminal Law in Member States on Trafficking and Smuggling in Human Beings
Series: Immigration and Asylum Law and Policy in Europe, Volume: 9
Editors: Elspeth Guild and Paul Minderhoud
This is a study of the legal framework on criminal measures on trafficking and/or smuggling and facilitating illegal entry in six Member States: France, Germany, Italy, the Netherlands, Spain and the UK, and the European Union. This issue is at the nexus of migration and criminal law. The system of criminal law in the Member States is a central part of the balance of the powers of the authorities and the rights of the citizen. The way in which civil liberties of the individual are weighed in comparison with public protection duties by the authorities is in essence a constitutional issue. The treatment of foreigners, in particular as regards their entry onto the territory and residence is not part of the constitutional settlements, but a field governed by state discretion and exceptionalism. The rules and administrative measures regarding entry, residence and expulsion of foreigners is not subject to the same civil liberties guarantees of due process as apply in criminal law.
This comparative study examines how, in each Member State, the insertion of immigration into criminal law takes place. Do the rules of criminal law in respect of due process take precedence over the lower evidential and procedural requirements which are applied in the field of immigration? How does the criminal justice system deal with this new field where central constitutional issues are not present? There are two levels on which the insertion of immigration into criminal law takes place – the legal and the social. This book deals with both. On the one hand it looks at the laws and the court decisions on criminal trials in respect of immigrants for immigration related offences, on the other hand it looks at how the society (political actors, media, interest groups etc) discuss and develop this issue.
This book is designed for policymakers, academics, students and activists concerned about the European Union.
E-Book

EUR  €184.00USD  $228.00
Obesity in Europe: The Strategy of the European Union from a Public Health Law Perspective
Author: Andrea Faeh

care providers and health care establishments’, which clearly does not include nutritional products unless they are part of a health care service such as a special diet. 84) Art. 168(7) TFEU. 85) T.K. Hervey and J.V. McHale, Health Law and the European Union (Cambridge: Cambridge University

security, as defined by EU law. 11 According to the jurisprudence of the Court of Justice of the European Union ( CJEU ), EU citizens who have genuinely exercised a free movement right in another Member State are entitled to return to this home Member State and bring with them their family members 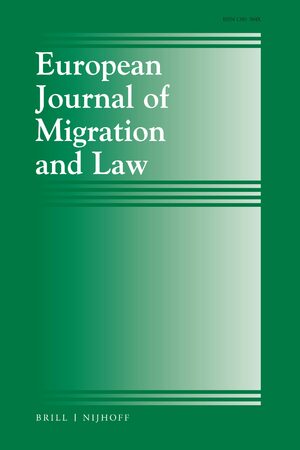 into EU law acquires a ‘non-common’ or ‘extraordinary’ nature (primacy, direct effect, etc.) within EU law in EU member States’ national law, in accordance with well-settled case law of the (now) Court of Justice of the European Union ( CJEU ). EU Law Applicable in the Arctic … and a

The European Union and Law of the Sea Convention at the Age of 30
Author: Ronán Long