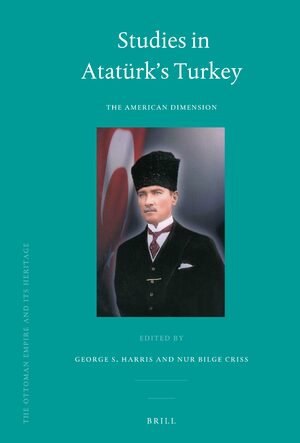 Studies in Atatürk's Turkey
The American Dimension
Series: The Ottoman Empire and its Heritage, Volume: 40
Editors: George Harris and Nur Bilge Criss
Nearly all of the previous scholarship on Turkey and U.S. relations cover the Cold War period as well as current affairs with regard to security, strategy, and defense. Hence, the literature abounds with military orientation. This edited volume builds on a historical perspective and focuses on foreign relations, diplomacy, actors, mutual perceptions and reciprocity in diplomatic relations within the framework of the world conjuncture in the 1920s and 1930s. Relations with the U.S.A. have served as a balance in Turkey's Euro-Atlantic policy long before NATO was established. Likewise, re-building relations with the Republic of Turkey served U.S. interests in opening to the Near East and thus breaking away from its much lauded isolationist policy between the two world wars. Thus, the picture that emerges here is just as much a history of U.S. diplomacy as it is of Turkey.
E-Book 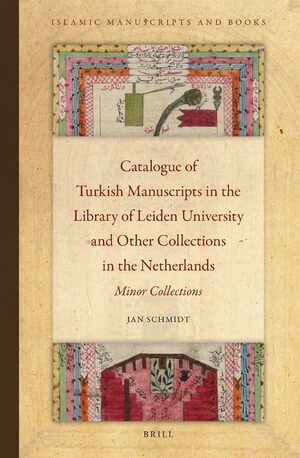 Catalogue of Turkish Manuscripts in the Library of Leiden University and Other Collections in the Netherlands
Minor Collections
Series: Islamic Manuscripts and Books, Volume: 3
Author: Jan Schmidt
From as early as the 1600s, Dutch scholars and scholarship have displayed a keen interest in the studies of the Islamic world. Over the centuries, they have collected a wealth of source texts in various languages, Turkish texts being prominent among them.
The present catalogue is the fourth and final volume in a series that covers the Turkish manuscripts preserved in public libraries and museums in the Netherlands. The volume gives a detailed description of Turkish manuscripts in minor Dutch collections, found in libraries and museums in Amsterdam, Groningen, The Hague, Leiden, Rotterdam and Utrecht, which hitherto have received little or no attention.

EUR  €168.00USD  $210.00
The (In-)Validity of Turkey’s Reservation to Article 27 of the International Covenant on Civil and Political Rights
Author: Thomas James Phillips

1 Introduction The aim of this article is to examine Turkey’s reservation to Article 27 of the International Covenant on Civil and Political Rights ( iccpr ) and to advance a plausible argument for its invalidity based upon the relevant secondary rules of international law. The article will proceed

Introduction The first Sinology department in Turkey -and sole for a long time- was established in Ankara University’s Faculty of Letters in 1935. The main target then was to facilitate the access to Chinese sources used in researches on history of Turks. In spite of the efforts of founders of

Introduction When studying Turkey’s accession process to the European Union ( eu ), scholars highlight the political parties’ positions, the governments’ declarations during intergovernmental meetings, and the European Commission’s annual reports. Less attention is paid to the European

Reviving Tradition in Modern Turkey The Turkish term sohbet is derived from the Arabic suhba , the root of sahaba , which refers to the companionship and practices of socialization that were practiced between the Prophet and his companions in Islam. According to Göle (2006), “conversation