The important thing is not to blink. susan sontag … delay was on the day’s agenda… derrida Illustration 9.1 Yann Toma, Somaflux with Richard Shusterman performing as the Man in Gold: soma , 2010 The Photograph of Philosophy In its essence, photography – I mean “true” portrait-photographs, not the 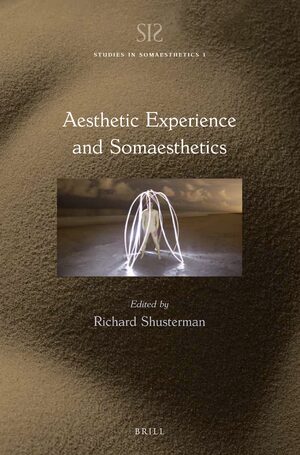 In: Aesthetic Experience and Somaesthetics

Background to the Research To date, little research has been conducted into the history of photography in Burma from the perspective of Burmese photographers. There is a lacuna in our knowledge relating to histories of photography beyond the colonial context in which photography was 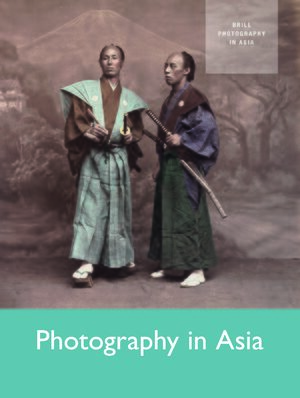 From Norman Parkinson’s photographs of formal high fashion on the footpaths of London to David Bailey’s snap-shots of casual chic contrasted with the chaotic Manhattan sidewalk, the street has been the predominant backdrop for fashion photography in magazines and advertising. Increasingly fashion photography of the street can be said to offer an immediacy and realism that is contrasted with the fantasies and dreams of studio based fashion images. Photographs of street-style are increasingly prevalent in contemporary culture, where weblogs such as the Sartorialist and Facehunter offer fashion enthusiasts a chance to comment on what people are wearing from Sao-Paolo to Shanghai. Street style blogs not only act as a form of social documentary, they encourage a dialogue that reinforces fashion of the street as a democratic arena, where the general public, rather than models, celebrities or designers, can be at the forefront of fashion-making. This chapter will argue that street-style blogs have absorbed the visual language of straight-up photography. This format is borrowed from the pages of magazines such as i-D and in effect provides a homogenous urban background to contemporary fashion. The city that is represented is largely conflatable across geographic regions, where the images of one blog appear to differ little from another in terms of how the location is treated. While the individual style that is represented in these blogs might suggest a rebellion against global conformity, the similarities across cultures are also worth noting. As such, this chapter will argue that the model of an elite centre for fashion, in Paris, London, New York or Milan is tempered by the homogenous all-encompassing city of the Internet. The street becomes a site of uniformity constructed by the particular mode of photography that has emerged in these blogs and to some degree this may represent a further democratisation of fashion within contemporary culture.

This paper employs Wolfgang Welsch’s concept of a “dialectic of the aesthetic” to discuss the landscape photography collected in John Ganis’ Consuming the American Landscape (2003). According to Welsch, the modern drive towards aestheticization of the life world, in a dialectical reversal, produces anaesthetization. Ganis’ photographs draw attention to the sharp disjunction between the aesthetic effect of a landscape and its ecological condition, and deliver a subtle critique of traditional landscape aesthetics, which both facilitated the commodification of landscape and anaesthetized people to the latter’s consequences. In doing so, they present a plea for ecological education and provide a visual record of what collective human life on the land actually looks like today. 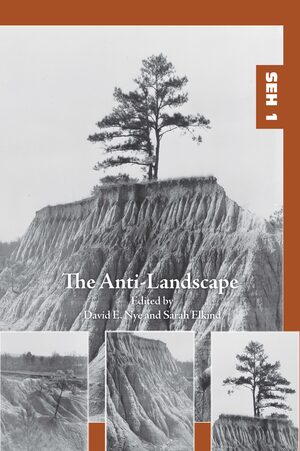 The Museum für Photographie, founded, developed and directed by Dr. Walter Hahn for only twelve years in the city of Dresden, has only recently emerged in scholarship on East German photographic culture. Although the museum definitely enjoyed a relationship with the East German cultural authorities within the Cultural League, or Kulturbund, it does not sit easily in the historiographical category of ‘official’ photography in the GDR. Hahn’s version of the history of photography was challenging to the socialist establishment, which hampered the further development of the museum and did not preserve the project after Hahn’s death. Hahn’s ambitions to expand his museum and gain membership in an international community of collectors and museum professionals drove him to contact a tremendous number of figures throughout the world and led to many fruitful exchanges on questions of the history of photography and the state of collections internationally. This article will address the degree to which Hahn’s networking through publications and correspondence and attempts at cultural diplomacy tied him more closely to the international community of photography collectors and photography museums – particularly in the West – than his Cultural League colleagues could ultimately sanction. It argues that Hahn and his museum represent a historical and historiographical anomaly that complicates the accepted narratives of East Germany history. Hahn’s interactions within the international museum community represent a significant instance of the international circuit of photographic images and literature during the Cold War. 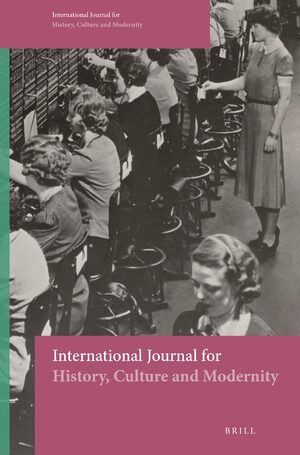 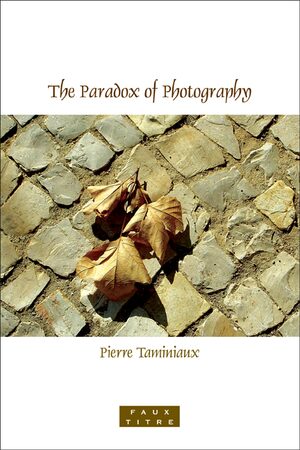 The Paradox of Photography
Series: Faux Titre Online, Volume: 335and Faux Titre, Volume: 335
Author: Pierre Taminiaux
The Paradox of Photography analyzes the discourse on photography by four of the most important modern French poets and theorists (Baudelaire, Breton, Barthes and Valéry). It stresses in particular the importance of this visual language for the development of both new forms of narrative and original critical studies on issues of representation in art. It also reflects upon the integration of photography within the domain of technical modernity while emphasizing its aesthetic identity stemming from the Western tradition of figurative painting.
E-Book (PDF)

[German Version] A photograph is produced by the effect of light on a light-sensitive surface that can store this effect. Four or five components contribute to an analog photograph: optics, mechanics, sometimes electronics, chemistry, and the photographer. The history of photography consists of

In: Religion Past and Present Online
Gluttony and the Gamine: Seduction and Revulsion through Consumption in Fashion Photography
Author: Jess Berry

Food, like fashion has become the subject of the designer gaze and is similarly represented as the focus of erotic projections, yet, when food and fashion meet in the fashion photograph a tension emerges that renders this excess of display illicit. The image of eating suggests a metaphorical devouring of men and appetite for sexual consumption that emphasizes a female body that is simultaneously alluring and revolting, erotic and abject. As such these images expose fashion’s contradictions in their recommendation for indulgence, luxury and hedonism, yet rejection of corpulent and uncontrolled bodies that feed on excess. This chapter will draw on Mikhail Bakhtin’s theory of the carnivalesque to consider recent fashion editorial photography. Specifically, I will argue that images of the gratuitously gluttonous gamine can operate to contravene the classical body’s flawless aesthetics of the beautiful through the representation of the burlesque and grotesque. Feminist scholarship has often posited that engagement with the carnivalesque can offer a liberating play space to subvert societal norms. However, this chapter will question whether photographs of food and fashion offer an image that endows women with the power to overcome the repressed pleasures of their own bodies, or simply reinforces existing fashion dictates that appetite is a potentially dangerous force with unfortunate and undesirable outcomes.

In: Fashion: Tyranny and Revelation

A growing body of literature on contemporary studio photography showcases the myriad creative, aesthetic and imaginative processes through which identities are performed and produced in photographic portraiture (e.g., Behrend 2013; Buckley 2000; MacDougall 2006; Pinney 1997; Strassler 2010