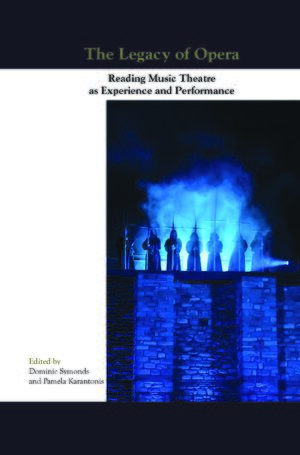 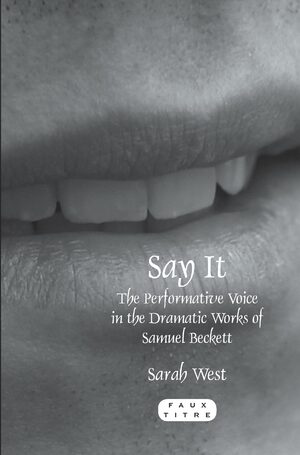 Say It
The Performative Voice in the Dramatic Works of Samuel Beckett
Series: Faux Titre Online, Volume: 352and Faux Titre, Volume: 352
Author: Sarah West
Central to Samuel Beckett’s literature is a wilful voice which insists on speaking and being heard. Beckett described it as “a truly exterior voice”, and in the plays he separates voice from the body and turns it into an audible character. Previous critical studies have explored the enigma of this voice, its identity, source and location, but little attention has been given to the voice as protagonist. This volume traces the genesis of the performative voice in the early prose and charts its trajectory throughout the dramatic oeuvre in a readable narrative which generates fresh insights into some of Beckett’s most remarkable and impenetrable plays. It examines the use of embodied and acousmatic – ‘out of body’ – voices in the different media of theatre, radio and television; the treatment of voice in relation to music, image and movement; and the ‘shifting threshold’ between the written and spoken word. The analysis comprises a detailed study of dramatic speech and technical aspects of sound reproduction, making it relevant for all scholars and students with an interest in textual and performance issues in Beckett’s drama.
E-Book

Re-enacting Voices from the Past
Author: Sarah West

A Voice Within and Beyond the Twentieth Century
Author: Sarah West

THE ACOUSMÊTRE ON STAGE AND SCREEN: THE POWER OF THE BODILESS VOICE
Author: Jeongwon Joe 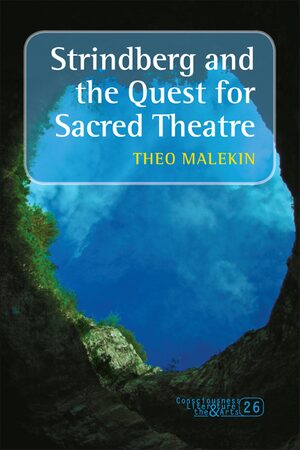 Strindberg and the Quest for Sacred Theatre
Series: Consciousness, Literature and the Arts, Volume: 26
Author: Theo Malekin
Strindberg and the Quest for Sacred Theatre brings a fresh perspective to the study of Sweden’s great playwright. August Strindberg (1849-1912) anticipated most of the major developments in European theatre over the last century. As such he is well-placed to provide perspectives on the current burgeoning interest in sacred theatre. The religious crises of the 19th Century provoked in Strindberg both sharp scepticism about claims to religious authority and a visionary search for truth. Against the backdrop of a major change in European culture this book traces the emergence in some of Strindberg’s late plays of a proto-sacred-theatre. It argues that Strindberg faced the alternatives of a contentless transcendent abyss, threatening the extinction of his ego, or a retreat into conservative theism, reducing him to slavish submission to the commandments and rule of an external father-God. Weaving together theatrical, aesthetic, and theological voices, this book investigates the relationship of the sacred to subjectivity and its implications for Strindberg’s dramaturgy. In doing so it always keeps in view the sense both of loss and opportunity engendered by a turning point in the western experience of the sacred.
E-Book