The Emergence of the ‘Starchitect’ Category

In: The Performance of Celebrity: Creating, Maintaining and Controlling Fame
Author: Andrzej Klimek

Initially, when the profession came into being, the social position of an architect was not high. This condition was reversed by the modernist breakthrough, when the institution of an architect became demiurgic, and after the Second World War the most celebrated architects started working globally, even though they had no features of stars that are known from other domains of art. This matter changed around 1997, and nowadays the world-class architects attract mainstream media, not only in terms of their spectacular buildings, but as personalities as well. There is a strong consensus in the architectural journals about who can be named starchitect in case of at least ten subjects. The way in which their non-architectural activity helps them retain this status will be discussed in the present chapter. The personal image is a brand for the starchitect as he or she must be charming and easily recognisable since cooperating companies from other branches treat them this way. Prominent architects raise flagship buildings for producers of the most value-added consumer goods, like fashion houses, automotive companies, wineries, or even museum brands, and design articles for various branches chiefly to maintain the exclusive appearance for both sides. Although the media have not transgressed the borders of privacy of the architects yet, scandals concerning some controversial, mostly public investments are important for their wide recognition. However, the most advanced technologies used in buildings, prestigious awards and architectural theories and manifestoes elaborated are allowing starchitects retain high status among peers and influent critics. This appears to be the main reason why they still should be classified as stars, not typical celebrities.

The Performance of Celebrity: Creating, Maintaining and Controlling Fame 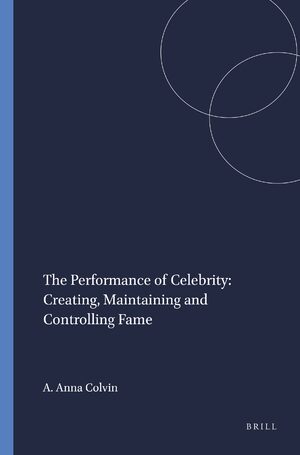