In: The Unity of Body and Soul in Patristic and Byzantine Thought
Author: Ilaria L.E. Ramelli

This essay will argue that Origen theorised the unity of soul and body, primarily through his rejection of the doctrine of metensomatosis, and that Gregory of Nyssa followed him. I shall point out differences and similarities between Origen’s anthropology and that of the first “pagan” Neoplatonists; later Neoplatonists came somehow closer to Origen’s ideas concerning the soul-body relation. I shall investigate how Origen differentiated levels of corporeality and how Gregory of Nyssa (like Maximus) did not criticise Origen’s anthropology, contrary to what is regularly assumed, and grasped Origen’s “emendation” of the doctrine of metensomatosis into his own doctrine of  “ensomatosis”, which, unlike the former option, entailed the unity of soul and body in the earthly life and afterwards.

The Unity of Body and Soul in Patristic and Byzantine Thought 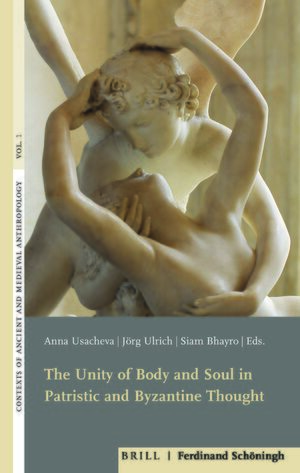