Chapter 9 Summarizing the Jewish Law in Antiquity: Examples from Aristeas, Philo, and the New Testament

In: The Challenge of the Mosaic Torah in Judaism, Christianity, and Islam
Author: J. Cornelis de Vos

Ancient Jewish authors often summarised their law. For this, they mostly used two virtues also known and important for the Hellenistic world in general, εὐσέβεια (“piety”) and δικαιοσύνη (“justice”). Philo of Alexandria was the first to connect these two virtues with the two tables of the Decalogue. And it was Philo who used the ten commandments of the Decalogue as headings and summaries to subsume all Jewish single laws under them. In general, the Decalogue seems to be the essence of the Jewish law as, besides Philo, New Testament authors show, and to some extent also Pseudo-Aristeas shows.

A third virtue stressed in the Letter of Aristeas and the New Testament is ἀγάπη (“love”). For Pseudo-Aristeas love is the dynamic of piety that is a preeminent form of beauty, the latter also being an important Hellenistic value. In the New Testament love is the dynamic of piety and justice as expressed by the so-called double love commandment in the synoptics and the so-called royal law in James. For Paul, loving your neighbour has fulfilled the whole Jewish law because neighbourly love is an expression of the will of God. Love is thus a summary of the whole Jewish law because that is what God wanted by means of the Jewish law.

For all the exemplary works and authors, the summaries of the Jewish law do not summarise it at the expense of its single commandments. For Paul, however, loving your neighbour supersedes the single commandments. Though this does not mean that the latter are not important for Paul.

The Challenge of the Mosaic Torah in Judaism, Christianity, and Islam 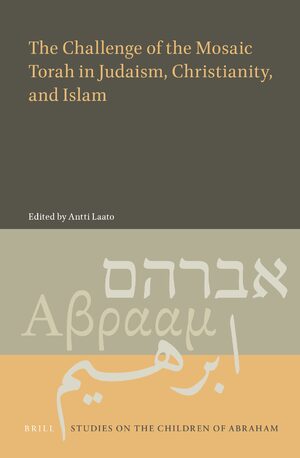