Chapter 9 Colombia in the Age of Exhibitions: Envisioning the Nation in a Global Context, 1892–1929

In: World Fairs and the Global Moulding of National Identities
Author: Sven Schuster

As part of the celebrations of the IV Centenary of the discovery of America, Colombia participated in the Exposición Histórico-Americana de Madrid in 1892, as well as the Chicago World’s Columbian Exposition in 1893. On both occasions, the focus was on pre-Hispanic objects. Through the glorification of an indigenous past, the organizers of the exhibitions sought to provide the country with an ‘antiquity’ of its own, comparable to the ancient civilizations of Peru and Mexico, and to project the image of a modern nation through the academic treatment of such vestiges of the past. However, in an environment marked by Hispanism and conservatism, this kind of ‘scientific Indianism’ did not imply the integration of indigenous cultures into the national narrative. During preparations for the Parisian Exposition Universelle in 1900, the government planned to represent the nation through a national pavilion adorned with huge pre-Columbian figures, thereby indicating a more inclusive nationalization of the indigenous past. However, this turn towards a new form of Indianism was hindered by war and financial crisis, and the organizers were forced to abandon their plan. It was not until 1929, after a long period of recovery, that the process of combining Hispanism with Indianism finally culminated in the construction of the national pavilion at the Exposición Ibero-Americana in Seville.

World Fairs and the Global Moulding of National Identities 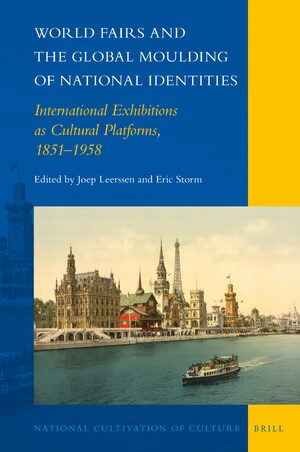