The Zombie as Barometer of Cultural Anxiety

In: Monsters and the Monstrous
Author: Peter Dendle

Although it has usually enjoyed cult rather than mainstream attention, the zombie has nonetheless proven a resilient staple of the twentieth-century American pantheon of cinematic monsters. Through almost seventy-five years of evolution on the big screen, the zombie can be read as tracking a wide range of cultural, political, and economic anxieties of American society. Born of Haitian folklore and linked from its earliest periods to oppression, the zombie began as a parable of the exploited worker in modern industrial economies and of the exploited native in colonial nations. Through decades marked by concerns over environmental deterioration, political conflict, the growth of consumer-capitalism, and the commoditization of the body implicit in contemporary biomedical science, the creature has served to articulate these and other anxieties in ways that are sometimes light-hearted and witty, sometimes dark and cynical.

Monsters and the Monstrous

Myths and Metaphors of Enduring Evil 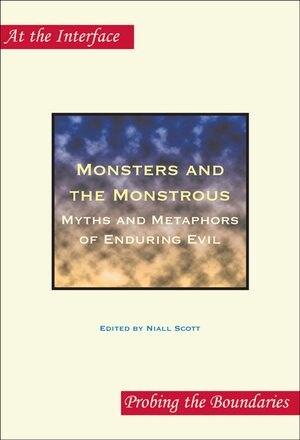