Do you secretly think that you know less than your colleagues and that it is only a matter of time before you get found out? If so, you may have fallen prey to imposter syndrome. And you’re not alone. Imposter syndrome, characterised by “persistent thoughts of intellectual phoniness” (Hutchins & Rainbolt, 2016), is common in high performers across a range of careers. Graduate students, early career researchers, women, and minority groups suffer from it. But you know what? So do professors and so do men (Hutchins & Rainbolt, 2016; Woolston, 2016). When you think about it, it’s not that surprising that so many academics are wracked with self-doubt.

Academia is a high-pressure environment with too many people competing for limited resources and where performance is measured against ridiculously high standards. To be an academic – even a successful one – is to live with regular rejection from reviewers, journal editors, promotion committees and grant funding panels. The continual cycle of trying one’s best, being rejected in highly competitive circumstances and then mustering the strength to try once more is draining.

Imposter syndrome provokes anxiety and stress, and can lead people to give up their academic careers because they feel they are not good enough (Woolston, 2016). This is unfortunate because people in this position are often highly talented when considered objectively: they are their own worst critics.

However, imposter syndrome can cause people to underperform despite their talent, for example by micromanaging their team, by delaying making decisions, by procrastinating, or by insisting that all tasks must be done perfectly rather than prioritising (Mount & Tardanico, 2016).

It is important for managers to recognise that different groups may experience imposter syndrome differently. It is likely to be more common among staff vulnerable to stereotype threat, often women and minority groups, (Dasgupta, 2011). Women and men may employ different coping mechanisms. In particular, men may be more prone to maladaptive coping strategies which could lead to health problems (Hutchins & Rainbolt, 2016). Here are some ways we can overcome imposter syndrome by taking care of ourselves and our colleagues.

As Amabile & Kramer observe: “Although nourishers may matter more to some people than others, none of us can truly thrive without them” (2012, p. 33).

If you are finding it hard to cope, the University of Edinburgh provides a free and confidential counselling service to staff members on issues such as: debilitating stress; anxiety; depression; and alcohol and drug abuse. You can get help at http://www.ed.ac.uk/counselling-services/staff. 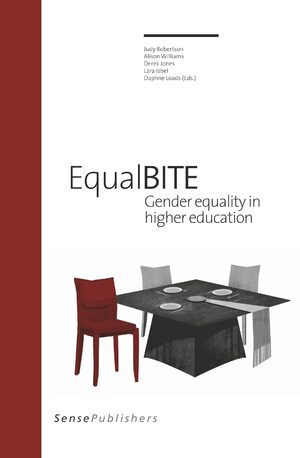