What is so Bad about Revenge?

In: What is the Problem with Revenge
Author: Raphaelle Thery

Revenge is generally held in disrepute: as opposed to punishment, it is considered to be selfish, uncontrollable, and emotional. But is revenge such an immoral or even unjustified reaction? Rather than considering revenge as the foil of just punishment, I would like to propose the following, neutral definition: revenge is the act, on the behalf of x or anyone representing x, of inflicting pain upon y, because of the wrong or harm caused to x by y. Now, it appears that the terms ‘revenge’ and ‘punishment’ are used in two different senses: a) the normative sense, which equates punishment with ‘just punishment,’ and revenge with ‘unjust punishment;’ and b) the descriptive, social sense, which equates punishment with ‘legal punishment,’ and revenge with ‘private justice’ or ‘vigilantism.’ In this chapter, I firstly aim to establish a conceptual framework that will allow us to question the putatively obvious distinction between punishment and revenge. Secondly, I will take a further look at the emotions lying at hearts of punishment and revenge, and explore how they might account for our distrust of the latter. Finally, I will suggest that taking the distinction between revenge and legal punishment for granted prevents us from reflecting critically on our penal institutions.

What is the Problem with Revenge 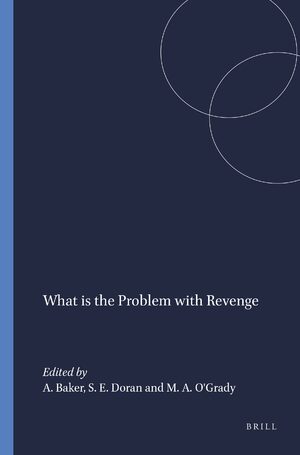