‘I Want to be Happy Looking at Myself’: Lolita Style and Its Embodied Practices between Resistance and Urban Fashion

This chapter is based on an ethnographic study carry out during the period 2010/2012 about a new youth culture that has appeared in Spain from the new millennium: the Lolita. In this chapter I analyse the relation between dressed bodies, practices of resistance and meanings and uses of new urban fashion, with an emphasis on outfits, adornments and objects which define the social presentation of body of the Lolita. This youth culture was born in Japan at the beginning of the 80s as an aesthetic-artistic movement that was trying to resist to hegemonic normative affecting women’s bodies, by new corporal practices, performatives and visuals. In relation to styles and dressed bodies, what are we speaking about? Lolita style brings a return of European corporal images and the artistic spirit of the 18th and 19th centuries, as well as the Rococo and the Victorian Age, and carries out a process of bricoleur with the Japanese Pop Culture of the 20th century. The Lolita style is based on three pillars: Girls representation and performance, the artistic production and the creation and diffusion of a real urban fashion. These three elements interact constantly among each other and generate a body identity where the clothes and the process of creation, production and diffusion are central and binding. In this chapter I seek to respond to some research questions like: Which kind of role do clothes have in terms of symbols and performative elements, in the context of construction and representation of their identity? What does it mean to dress up and shows oneself dressed? 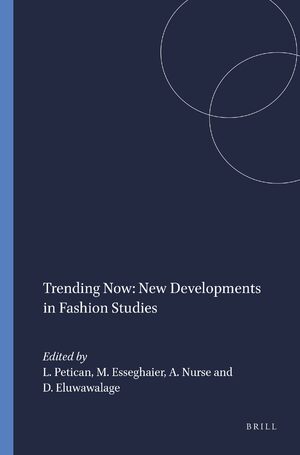