7 The Manchu Script and Information Management: Some Aspects of Qing China’s Great Encounter with Alphabetic Literacy

Manchu, the dynastic language of the Qing Empire (1644–1911), quickly fell into oblivion at the establishment of Republican rule in China. Because of its status as a language of government administration, the Manchu language in the Qing period had been studied by officials, clerks, soldiers, and the linguistically curious of various ethnic backgrounds. One of the products of the Chinese encounter with Manchu was an alphabetical order based on the Manchu script. Just like Western alphabetical order, the Manchu system had the notable advantage of being used to organize a great variety of corpora. Although originally applied to Manchu-language material, the system also developed to handle texts written in Mongolian and, eventually, Chinese. In the end, the Manchu system did not develop in the same way as alphabetical order did in Europe, and by the time the dynasty fell, the incentive to study the now politically suspect Manchu script largely disappeared. Yet numerous printed dictionaries and many manuscripts featuring Manchu alphabetical order remain, inviting the study of what we with good reason might call one of the most radically new developments in information management to take place in China during the past several centuries. 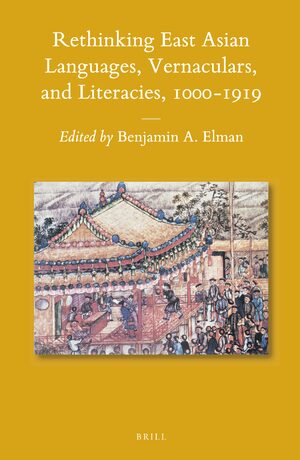